A delegation of six TMC MPs met the EC officials in Delhi to raise their concern over the Nandigram incident, where West Bengal Chief Minister Mamata Banerjee was injured. 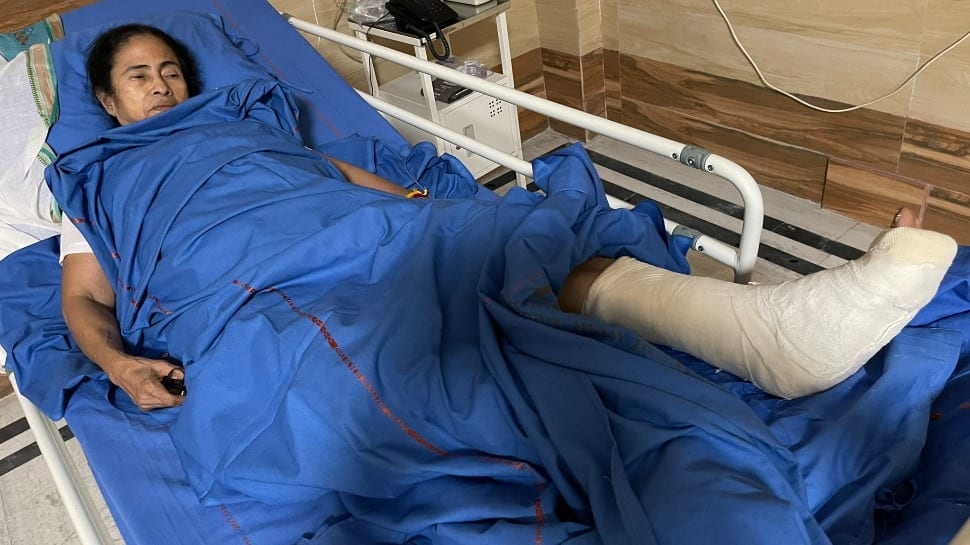 New Delhi: The Trinamool Congress (TMC) on Friday (March 12, 2021) told the Election Commission (EC) that the attack on West Bengal Chief Minister Mamata Banerjee was premeditated and a part of a deep-rooted conspiracy.

"An attempt was made on the life of our chairperson Mamata Banerjee, on March 10 at Nandigram, though the perpetrators failed in their vicious attempt," the TMC said in the letter submitted to the EC

The letter also read, "The events/actions leading up to the attempt on her life, leave no doubt that the attack was premeditated and part of a deep-rooted conspiracy."

.@MamataOfficial attacked in Nandigram on the day she filed her nomination. 4-5 people pushed her on purpose & grievously injured her leg. Clearly, it's a conspiracy for the rousing response she got from the people of Bengal earlier today. (2/2)

A delegation of six TMC MPs met the EC officials in Delhi to raise their concern over the Nandigram incident.

"We have demanded a high-level probe into attack on Mamata Banerjee at Nandigram. When the incident happened, there was no police presence there. The events leading up to the attempt on her life, leave no doubt, that the attack was part of the deep-rooted conspiracy," TMC leader Saugata Roy said after the meeting.

The TMC delegation had filed a complaint at the EC office in Kolkata over the attack on Thursday.

West Bengal Chief Minister Mamata Banerjee suffered injuries when she was on a two-day visit to Nandigram from where she filed her nomination on Wednesday.

She alleged that she was pushed by a few unidentified people during her election campaigning.

This is not the first time an attempt has been made to silence @MamataOfficial. Earlier too, she was attacked on this very historic turf for standing by farmers. But nothing will break her will. She was, she is and she will continue to be your strongest voice.

According to the report of her initial medical examination, the TMC supremo sustained 'severe bony injuries' on her left foot and ankle as well as bruises and injuries on her shoulder, forearm and neck.

Earlier on Thursday, Mamata Banerjee issued a video statement from the hospital and urged everyone to be calm and exercise restraint.

The West Bengal CM also said that she will not be affecting her election work for the injury but will have to remain wheel-chair-bound for some time.

We appeal to all our workers to not let their emotions overflow. We understand your concerns & we’ll keep updating about Hon’ble @MamataOfficial's health. We request to maintain peace & not resort to means which Didi would not approve of. Let us all pray for her speedy recovery.