Will hold meeting with farmers in Kolkata on March 13: BKU leader Rakesh Tikait

"The government has gone to Kolkata. They will return in one and a half month. We are also going there. We will meet the government there only," said Tikait. 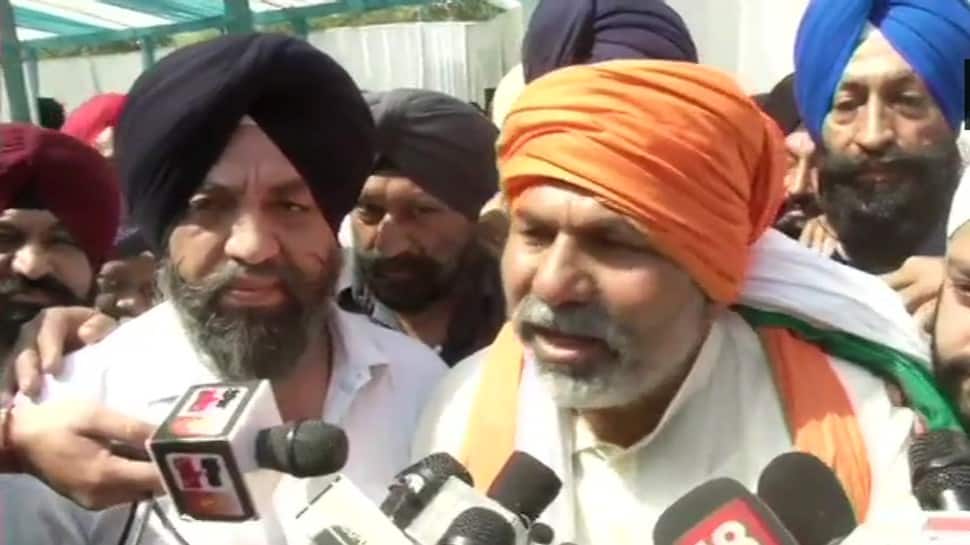 "We are going to Kolkata on March 13. We will speak with farmers there about their concerns and ask if their produce are being bought at MSP or not," Tikait said interacting with reporters while visiting Bala Sahib Dialysis Hospital in Delhi.

"The government has gone to Kolkata. They will return in one and a half month. We are also going there. We will meet the government there only," he added.

When asked about the stalemate between farmers and the Centre even after more than 100 days, Tikait said that the government, sooner or later, will have to pay heed to farmers` issues.

Speaking about the hospital he said it is a free-of-cost hospital for kidney dialysis for the poor and is fully funded by the Sikh community.

Farmers have been protesting on the different borders of the national capital since November 26 against the three newly enacted farm laws – Farmers’ Produce Trade and Commerce (Promotion and Facilitation) Act, 2020; the Farmers Empowerment and Protection) Agreement on Price Assurance and farm Services Act 2020 and the Essential Commodities (Amendment) Act, 2020.