Uttar Pradesh Chief Minister Yogi Adityanath will inaugurate the event on February 17 and Sadhvi Ritambhara will be present in the event. 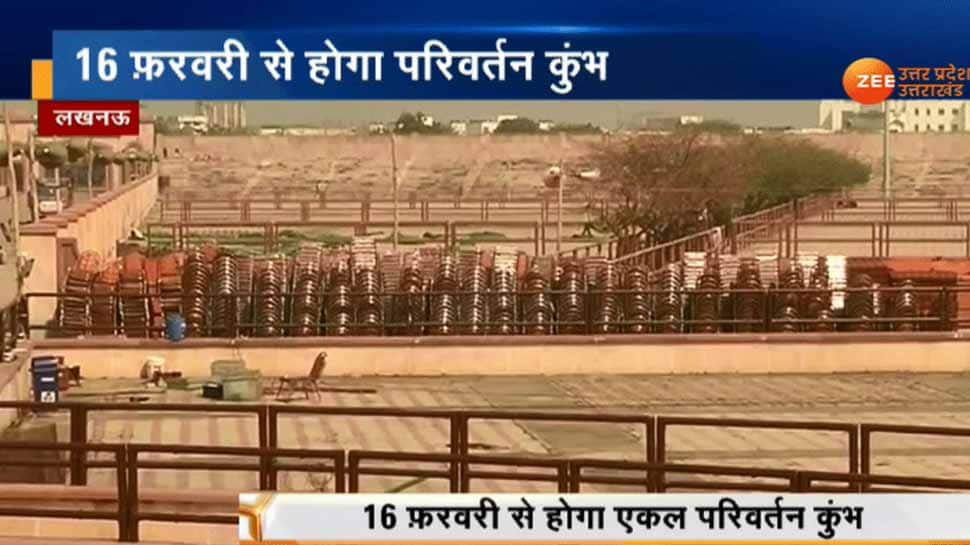 The Ekal Parivartan Kumbh is scheduled to begin on February 16 in Uttar Pradesh's Lucknow and two-and-a-half lakh people are expected to attend the event. The three-day event, February 16-18, will be held at the Ramabai Maidan. On Thursday, a special prayer service was held for the success of this programme.

Uttar Pradesh Chief Minister Yogi Adityanath will inaugurate the event on February 17 and Sadhvi Ritambhara will be present in the event. Union Defence Rajnath Singh will be present during the concluding event. On February 17-18, there will be a programme on an Ekal Kumbh in Dr Ram Manohar Lohia Law University's Bheemrao Ambedkar auditorium. The event will include several academics of the country along with Swaraj Sainik.

Ekal Abhiyaan Trust Board Chairman Laxmi Narayan Goyal will be present in the event.

The main objective of this program is to promote education among the children of backward and underprivileged society. In an Ekal school, there is only one teacher who teaches all subjects. Under this campaign, the Ekal Parivartan Kumbh is being organized in Lucknow. The programme will also honour the youth of forest dwellers and tribal society.

For the two and a half million people coming to the event, lodging and arrangements are being made at the house of the people of Lucknow. A procession will also be taken out at six points of Lucknow before reaching Ramabai Ambedkar Park on February 16.