'Children are parents' support system in old age' is a phrase everyone is familiar with. However, the tragic story of Indrajeet Grover and his wife brings forth a different reality. 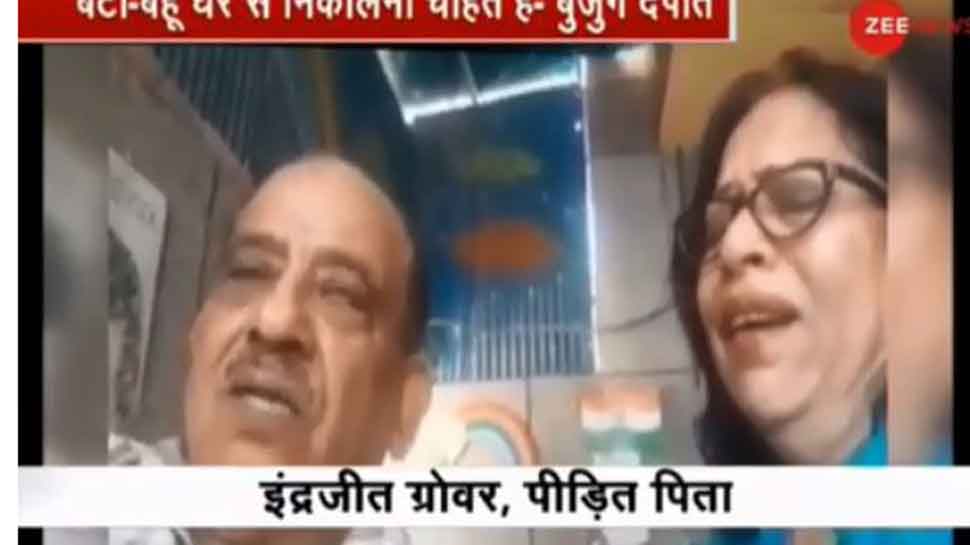 Ghaziabad: 'Children are parents' support system in old age' is a phrase everyone is familiar with. However, the tragic story of Indrajeet Grover and his wife brings forth a different reality.

Inderjeet, 68, is a resident of DLF Ankur Vihar in Uttar Pradesh's Ghaziabad district.

In a video, which has now gone viral on social media, Inderjeet can be seen claiming that his son is pressurising him and his wife to move out of their house and arrange shelter for themselves somewhere else.

Inderjeet is a heart patient and his wife has arthritis. In the video, he alleges that his son and his daughter-in-law wants them to vacate the house which has been built with his hard-earned money.

He further claims that his son wishes to sever all ties with his father.

Inderjeet has filed a complaint to the District Magistrate (DM) of Ghaziabad, appealing for action against his son so that the elderly couple is not rendered homeless.

In 2016, the Delhi High Court had ruled that a son has no legal right to live in the self-acquired house of his parents at their mercy.

The court had given the ruling while quashing an appeal made by a man and his wife, against a trial court's order directing them to vacate their parents' house.

The man's elderly parents had told the trial court that their sons and their wives had made their lives "hell".