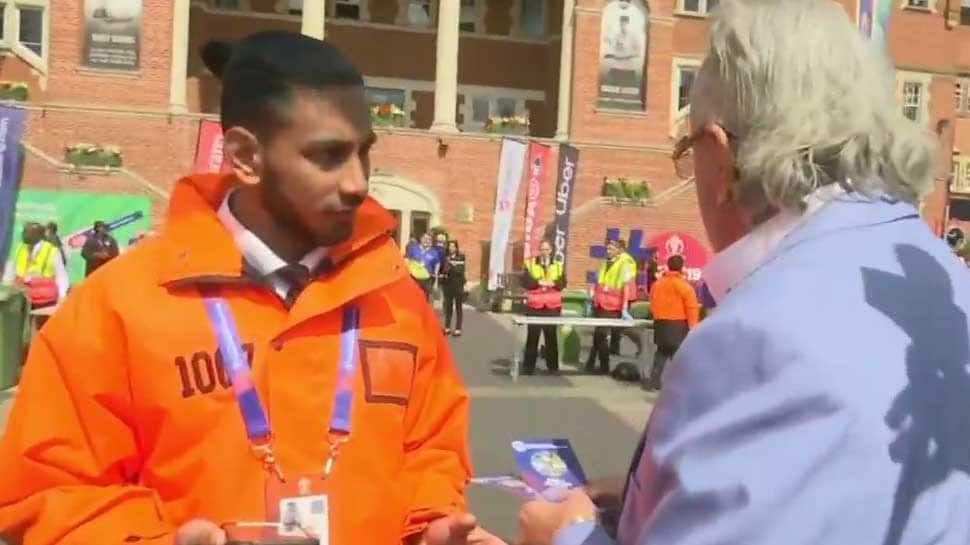 LONDON: Embattled liquor tycoon Vijay Mallya, who is wanted in India in connection with bank loan default case, was spotted at The Oval to watch India versus Australia ICC Cricket World Cup match in London.

"I am here to watch the game," Mallya said as he walked into the stadium showing his entry ticket.

London: Vijay Mallya arrives at The Oval cricket ground to watch #IndvsAus match; says, "I am here to watch the game." #WorldCup2019 pic.twitter.com/3eCK1wQHDq

News agency ANI also shared a video of Mallya arriving at the Oval for the match.

He is wanted in India on fraud and money laundering charges amounting to an alleged Rs 9,000 crore and is facing a legal battle in the UK High Court.

The Government of India is exploring all legal options to bring him back from the United Kingdom so that he could face fraud and money laundering charges against him.

Mallya continues to make a series of interventions on social media and had offered "100 per cent payback" to the Indian banks to cover his now-defunct Kingfisher Airlines' debt.

After the Westminster Magistrates' Court extradition order was signed off by UK Home Secretary Sajid Javid in February, Mallya had lodged an appeal in the UK High Court which has already been rejected on paper by a judge and is scheduled for an oral hearing on July 2.