Falah-e-Insaniyat Foundation is a subsidiary of Jamaat-ud-Dawah, a UN-designated terrorist organisation founded by the 26/11 Mumbai attacks mastermind. 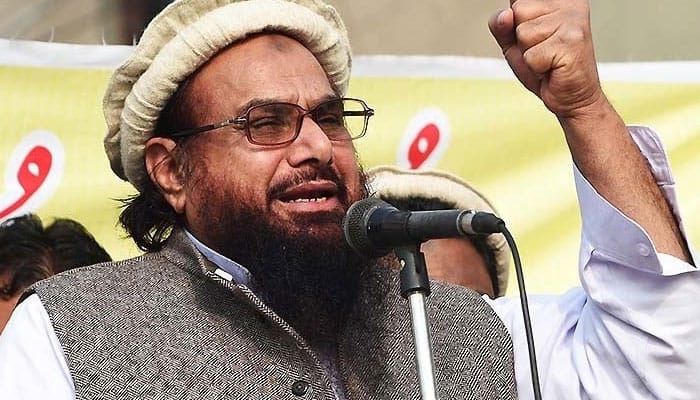 A case was recorded under the Prevention of Money Laundering Act (PMLA) for the organisation's alleged involvement in money laundering through various hawala channels, reported news agency ANI.

The foundation is a subsidiary of Jamaat-ud-Dawah (JuD), a UN-designated terrorist organisation founded by Saeed, who is also the co-founder of banned outfit Lashkar-e-Toiba.

The development comes within a week of India's note verbale to Pakistan, raising a strong protest Saeed's recent participation at `Kashmir Solidarity Day` rally in Lahore. According to reports, the 69-year-old – an internationally designated terrorist with a US bounty of $10 million on his head – was showered with rose petals during the rally proceeding.

The ED said it took cognisance of a National Investigation Agency (NIA) FIR, filed under the Unlawful Activities Prevention Act (UAPA) last year in September, to file its own case against the FIF.

The NIA has carried out searches in this case in the past andhas seized over four dozen SIM cards, phones and Rs 1.56 crore (suspected) cash and arrested four people till now in the case. The NIA said one of the arrested accused in the case, Delhi-based Mohammed Salman, was in "regular touch with a Dubai-based Pakistan national, who in turn was connected with the deputy chief of FIF."

"These funds were utilised to carry out terrorist activities and create unrest in India," the ED said in a statement.

The agency said its probe will "establish money trail and identify proceeds of crime that are suspected to be generated out of the criminal activities."

Saeed's NGO FIF is also no longer in the list of Pakistan’s banned organizations.

Following international pressure and US act of freezing military and economic aids to Pakistan in early 2018, former president Mamnoon Hussain had signed an ordinance amending the country's Anti-Terrorism Act to include entities banned by the UN Security Council, including terror organisations such as JuD, FIF, Lashkar-e-Toiba, al-Qaeda, Tehreek-e-Taliban Pakistan and Lashkar-e-Jhangvi.

However, in October 2018, the Islamabad High Court (IHC) was informed that the presidential ordinance had lapsed and it had never been extended or tabled in parliament to be converted into an act, reported Dawn News.

Saeed's role in a number of terrorist attacks targeting innocent lives is well-known across the world.  Despite international pressure, Pakistan has time and again sheltered him and terrorist organisations under his belt.

Several top Pakistani politicians and senior officials have been seen sharing the dais with him, making anti-India statements.