Pakistan failed to meet deadlines two times--January 2019 and May 2019. 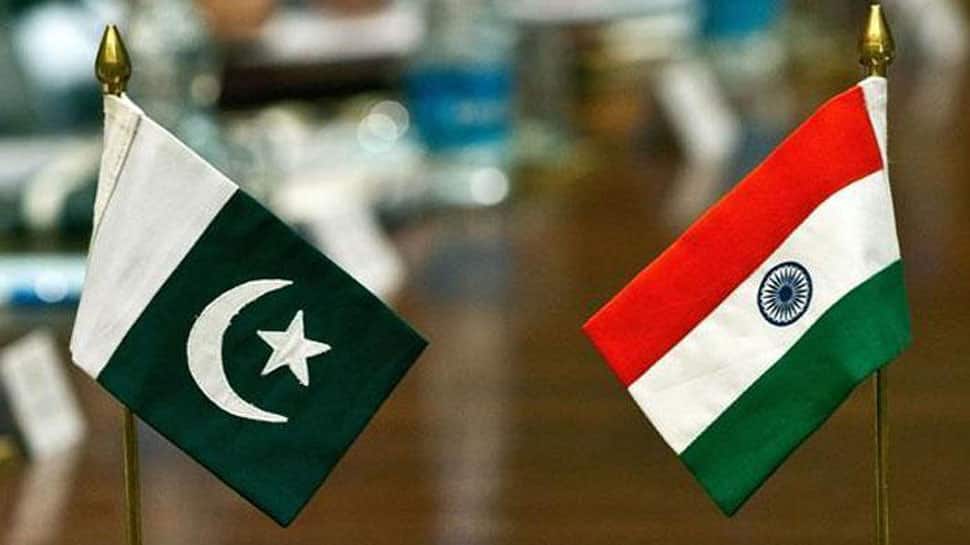 New Delhi: India on Saturday said that it expects Pakistan to take "credible, verifiable, irreversible and sustainable measures" on the "global concerns" related to "terrorism and terrorist financing" emanating from any territory under its control, a day after the Financial Action Task Force (FATF) kept Pakistan on grey list after failing to meet deadlines. Pakistan failed to meet deadlines two times--January 2019 and May 2019.

India also said that Pakistan should take "all necessary steps to effectively implement the  FATF Action Plan fully within the remaining time frame, by October 2019". This is not the first time India has asked Pakistan to take strong steps to dismantle terror infrastructure. India and Afghanistan have both been asking Pakistan to take measures on terror groups on its territory for years now.

After being greylisted in June 2018, Pakistan had made high-level political commitments to address its counter-terrorist financing-related deficiencies which basically means to act on the financing of terrorism.

The global counter-terror body on Friday strongly urged "Pakistan to swiftly complete its action plan by October 2019", warning, if Islamabad doesn't comply, "FATF will decide the next step at that time for insufficient progress" which mean a possible blacklisting. Being on the greylist impacts the Pakistani economy which loses $10 billion annually.

The international terror financing (TF) watchdog also asked Islamabad to take steps to "address its strategic counter-terrorist financing-related deficiencies". It further noticed that the country does not “demonstrate a proper understanding of Pakistan's transnational TF risk.”

FATF's Asia-Pacific Group (APG), which met in China in mid-May, was not impressed by Pakistan's action on terror financing. Islamabad was put on the greylist in 2018 which means the country comes under financial jurisdiction with 'structural deficiencies' in anti-money laundering (AML) and combating the financing of terrorism (CFT) or just supports the financing of terror.

In a statement issued after the end of the week-long plenary of FATF in Orlando, Florida, the FAFT strongly urged "Pakistan to swiftly complete its action plan by October 2019 when the last set of action plan items are set to expire."

It further warned, if Islamabad doesn't comply by Oct 2019, "FATF will decide the next step at that time for insufficient progress" which could refer to a possible blacklisting.

FATF asked Pakistan to work on implementing its 10-point action plan to address its strategic deficiencies which includes "demonstrating its proper understanding of the terror financing risks posed by the terrorist groups" and "demonstrating that facilities and services owned or controlled by a designated person are deprived of their resources and the usage of the resources. "

The FATF in its February meet had come hard on Pakistan saying it has not demonstrated a proper understanding of the Terror Financing risks posed by "Da’esh, AQ, JuD, FiF, LeT, JeM, HQN, and persons affiliated with the Taliban. "

The 10 action-point listed by FATF are:

(1) "Adequately demonstrating its proper understanding of the TF risks posed by the terrorist groups and conducting supervision on a risk-sensitive basis;

(2) "Demonstrating that remedial actions and sanctions are applied in cases of AML CFT violations and that these actions have an effect on AML/CFT compliance by financial institutions:

(3) "Demonstrating that competent authorities are cooperating and taking action to identify and take enforcement action against illegal money or value transfer services (MVTS):

(4) "Demonstrating that authorities are identifying cash couriers and enforcing controls on the illicit movement of currency and understanding the risk of cash couriers being used for TF:

(5) "Improving inter-agency coordination including between provincial and federal authorities on combating TF risks:

(7) "Demonstrating that TF prosecutions result in effective, proportionate and dissuasive sanctions and enhancing the capacity and support for prosecutors and the judiciary; and

(8) "Demonstrating effective implementation of targeted financial sanctions (supported by a comprehensive legal obligation) against all 1267 and 1373 designated terrorists and those acting for or on their behalf including preventing the raising and moving of funds. Identifying and freezing assets (movable and immovable), and prohibiting access to funds and financial services:

(9) "Demonstrating enforcement against TFS violations including administrative and criminal penalties and provincial and federal authorities cooperating on enforcement cases;

(10) "Demonstrating that facilities and services owned or controlled by a designated person are deprived of their resources and the usage of the resources."

Financial Action Task Force is a global body for anti-money laundering and combating the financing of terrorism.

J&K: One JeM terrorist among two killed in Baramulla encounter