The Congress Working Committee (CWC) is likely to meet next week to decide on an interim president amid leadership crisis going on in the party, sources said on Friday. 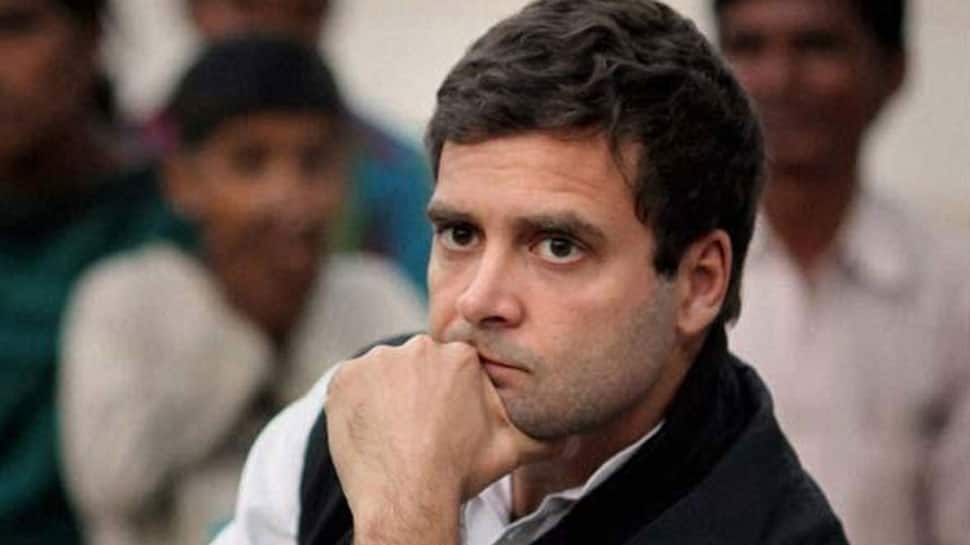 New Delhi: The Congress Working Committee (CWC) is likely to meet next week to decide on an interim president amid leadership crisis going on in the party, sources said on Friday.

According to sources, a date would be set sometime in next week for the CWC meeting, which is the party's top decision making body.

The Congress is reeling with its worst crisis as Rahul Gandhi resigned from the post of party president taking full responsibility of the party's loss in Lok Sabha elections 2019.

On Thursday, former MP Jyotiraditya Scindia claimed that Congress was facing trouble after Rahul's resignation. He said that these are testing times for the party which needs to be strengthened.

"We need a person with immense energy as the new party chief. All members of the party need to work together and walk on the path that Rahul showed us," Scindia added.

Verma had said, "She is perfectly capable of dealing with BJP leaders and is the only one who can pull the party out of this crisis."

Congress is going through a major political crisis as over a dozen MLAs from Karnataka from both Congress and JD(S) have resigned from their positions in a bid to join The BJP.

If the resignations are accepted, the ruling Congress-JD(S) coalition could slip below the half-way mark and rival BJP will have a majority.

Refusing to resign from his post, Chief Minister HD Kumaraswamy said that he was ready for a trust vote to prove his majority on the floor of the house.

Meanwhile, in another blow to Congress, ten of its MLAs in Goa tendered in their resignations to join the BJP. The MLAs were led by Chandrakant Babu Kavlekar, leader of opposition in the Goa Assembly, who may be made deputy chief minister of Goa, as per sources.

The political chaos has been alleviated due to the lack of senior leadership in the party.

Several Congress leaders have also urged Sonia Gandhi to take charge, however, she refused citing ill health, according to reports.