The IAF also posted a video with the message highlighting the preparations of IAF contingent for Ex Garuda 2019. 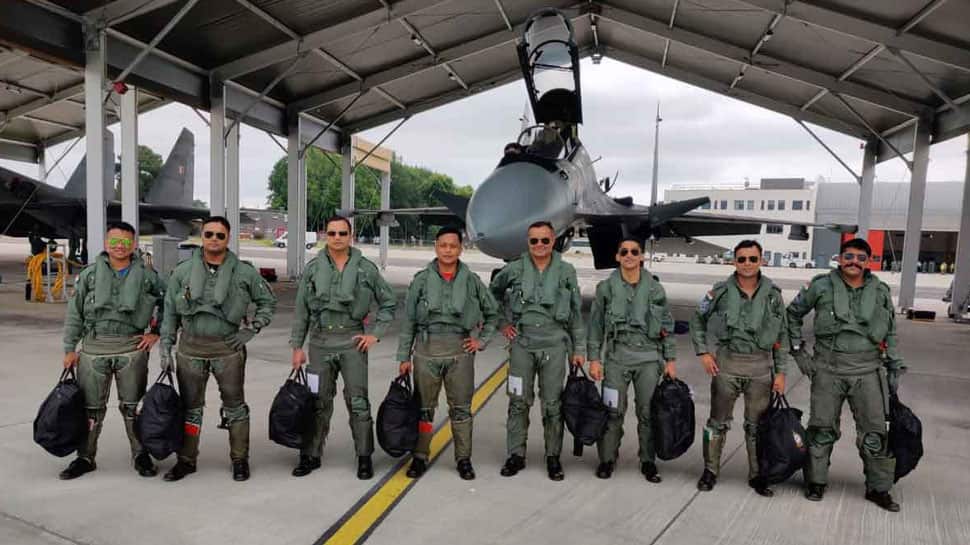 The Indian Air Force on Sunday posted a message on Facebook saying that the flying operations of IAF team for Ex Garuda 2019 is set to commence from Monday. The IAF said that Team IAF is all set and geared up for undertaking operations from AF Base Mont-De-Marsan, France. It also wished luck to IAF & FAF Garuda contingent participating in two-week-long 'Garuda' exercise.

The IAF also posted a video with the message highlighting the preparations of IAF contingent for Ex Garuda 2019. The video shows the professionalism of IAF's air warriors and the effort they put in before starting any task in order to achieve success.

"IAF contingent landed at Air Force Base, Mont-de-Marsan, France, today. The IAF contingent was given a warm welcome by the French Air Force. The Air warriors of IAF are ready for flying operations," IAF tweeted on Friday.

The 'Garuda'  exercise, being held at Mont-de-Marsan air base, has been termed as one of the biggest air exercises that is being planned between the two Air Forces.   "This is the sixth edition of the exercise which is intended for both the air forces to exercise together and learn best practices each one has to offer," Bareilly Air Force Base Commander Air Commodore M Ranade said in a video tweeted by the IAF.

The IAF said in a statement that the exercise is being held to enhance the understanding of interoperability during mutual operations between the two Air Forces and provide an opportunity to learn from the best practices of each other. The statement added that Sukhoi 30 MKI of IAF will function in a simulated operational war fighting scenario along with French Air Force's multirole Rafale aircraft during the exercise.