The UP Police said gangster Vikas Dubey was killed in an encounter after a police vehicle carrying him from Ujjain to Kanpur met with an accident and he tried to escape from the spot. 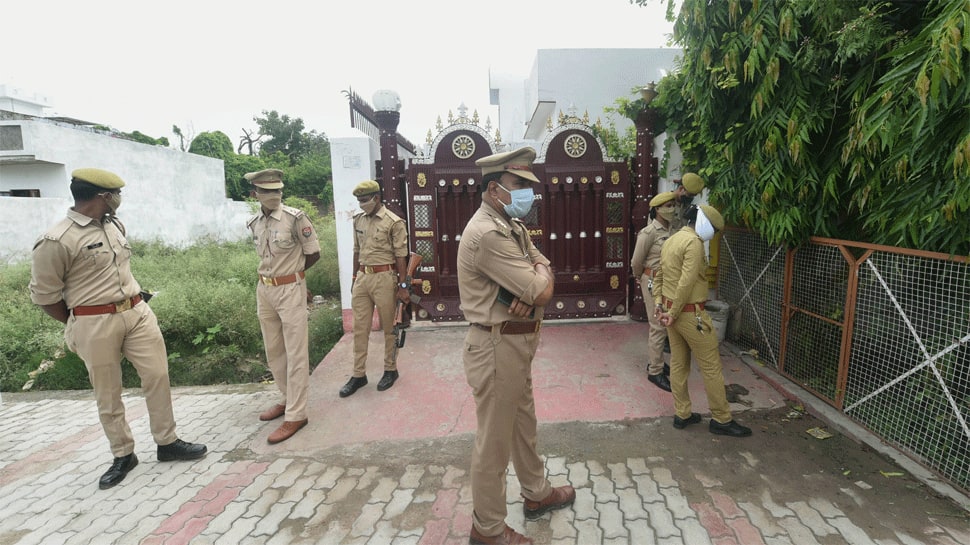 Kanpur: The Uttar Pradesh Police said gangster Vikas Dubey was killed in an encounter after a police vehicle carrying him from Ujjain to Kanpur met with an accident and he tried to escape from the spot.

According to reports, the gangster suffered bullet injuries on his leg and chest. He was immediately rushed to the Hallet Hospital where he was declared dead by doctors.

Senior Superintendent of Police (Kanpur) Dinesh Kumar P said that the accident took place in the morning when it was raining heavily and the police vehicle overturned near Kanpur. Prashant Kumar, ADG (Law and Order), Uttar Pradesh said an official statement on the encounter will be released shortly.

Meanwhile, a high-level meeting is underway at Chief Minister Yogi Adityanath's official residence. According to reports, senior police officials including DGP are briefing the CM Yogi on the incident.

In a related development, authorities have beefed up security outside the gangster's now razed residence in Bikru village in Kanpur. His wife Richa Dubey and sons, who were on July 9 arrested in Lucknow, will be brought to Kanpur today.

Here's a timeline of event that led to Vikas Dubey's encounter on Kanpur encounter:

The convoy crossed the Kanpur Dehat border at around 6:40 am.

At around 7:15-7:30 am, the STF vehicle carrying Dubey overturned near the Sachendi Pass.

Taking advantage of the situation, Dubey snatched 9 mm pistol of police personnel and tried to flee from the spot. He suffered bullet injuries in the cross-firing which ensued thereafter.

He was taken to the Hallet Hospital where he was declared brought dead by doctors.

Raising question on the encounter, the Opposition parties, including Congress, Samajwadi Party and Bahujan Samaj Party, demanded a CBI probe into the incident alleging that the criminal was killed to save those who were supporting him in his dreadful activities.