The new doodle shines bright on the screen with colourful decorative lights, which are blinking and hangings that dropdown, forming the double ‘O’ in the word ‘Google. 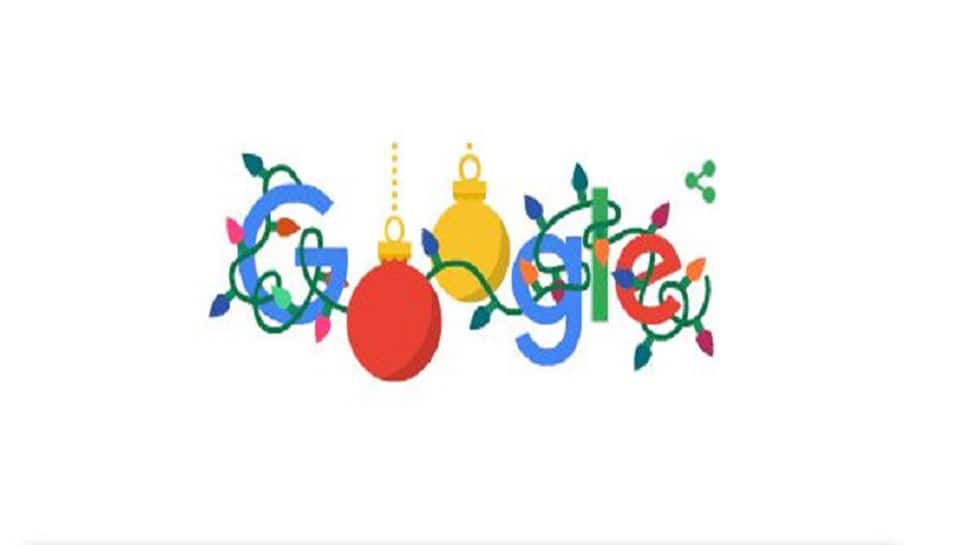 Search engine giant Google on Wednesday (December 25) put up a bright doodle to celebrate Christmas Day. Calling it the ‘Day 3’ of holidays 2019, the latest doodle celebrates the festive spirit of Christmas and the holiday season 2019. “No matter how you choose to celebrate, ‘tis the season to enjoy the holiday festivities during the most wonderful time of the year!” said Google.

The new doodle shines bright on the screen with colourful decorative lights, which are blinking and hangings that dropdown, forming the double ‘O’ in the word ‘Google.

On Tuesday (December 24), Google had come up with a titled 'Happy Holidays 2019. It is to be noted that in US, holiday season refers to the time from Thanksgiving till New Year and includes festivals such as Christmas, Hanukkah and Kwanzaa. Tuesday's Google doodle shows the GIF of a Santa Claus riding on his sledge. In Tuesday's doodle, the second 'O' alphabet of Google's logo is a snow globe with Santa riding on his sledge and a Christmas tree.

On Sunday (December 21), the search engine giant came up with a doodle marking the 2019 Winter Solstice, celebrating the shortest day of the year when the Earth is farthest from the Sun with a doodle. The animated doodle involved an adorable little snowman perched on the Earth, which depicted the second O in Google with a dark background showing snowfall.