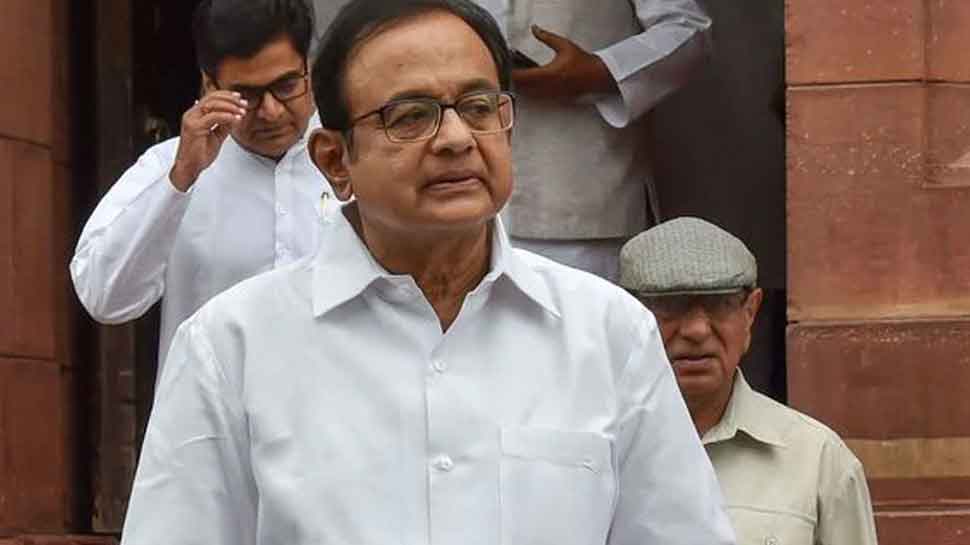 NEW DELHI: Former Union Minister and senior Congress leader P Chidambaram, who walked out of Tihar Central Jail on Wednesday after nearly 106 days, on Thursday launched a blistering attack on the Narendra Modi-led NDA regime at the Centre, saying it can't suppress his voice in Parliament.

''My record as Minister and my conscience are absolutely clear. Officers who have worked with me, business persons who have interacted with me and journalists who have observed me know that very well. This government can't suppress my voice or stop me from speaking in Parliament,'' Chidambaram said.

''As I stepped out and breathed the air of freedom at 8 pm last night, my first thought and prayers were for the 75 lakh people of the Kashmir Valley who have been denied their basic freedoms since August 4, 2019. I am particularly concerned about the political leaders who have been detained without charges. Freedom is indivisible, if we must preserve our freedom, we must fight for their freedom,'' Chidambaram said adding, ''The government is absolutely clueless about what it is doing. It has put several political leaders behind bars without any reason.''

Mocking the Modi government's ''achhe din'' slogan, the former Finance Minister said, ''We will be lucky to end the year if growth touches 5%. Please remember Dr Arvind Subramanian’s caution that 5% under this government, because of suspect methodology, is not really 5% but less by about 1.5%.''

Chidambaram also trained his guns at the Prime Minister by saying, ''PM Modi has been unusually silent on the economy. He has left it to his ministers to indulge in bluff and bluster. The net result, as the economist put it, is that the government has turned out to be an ‘incompetent manager’ of the economy.''

The senior Congress politician, however, refused to speak on the INX Media alleged money laundering case, which is sub-judice.

Chidamabaram walked out of Tihar Jail after spending 106 days behind bars on Wednesday. Earlier in the day, the senior Congress leader was granted bail by Supreme Court in the INX Media money laundering case registered by the Enforcement Directorate.

Chidambaram was granted bail by a bench headed by Justice R Banumathi, which had on November 28 reserved its judgement on the appeal filed by him in the ED case. Chidambaram had challenged the November 15 verdict of the Delhi High Court denying him bail in the case.

The bench, while passing its order, directed Chidambaram to furnish a bail bond of Rs 2 lakhs along with 2 sureties of the same amount. The apex court also ordered Chidambaram to not travel abroad without its permission.

It may be recalled that Chidambaram was first arrested on August 21 by CBI in the INX Media corruption case but he was granted bail on October 22 by the SC. He was arrested by the ED on October 16 in the money laundering case related to INX Media case.