The security guard of the Mahakaal Temple, who called up the police which resulted in the arrest of notorious history sheeter Vikas Dubey from Ujjain on Thursday (July 9, 2020) morning, said that he had seen photos of Dubey and so he knew what the latter looked like. 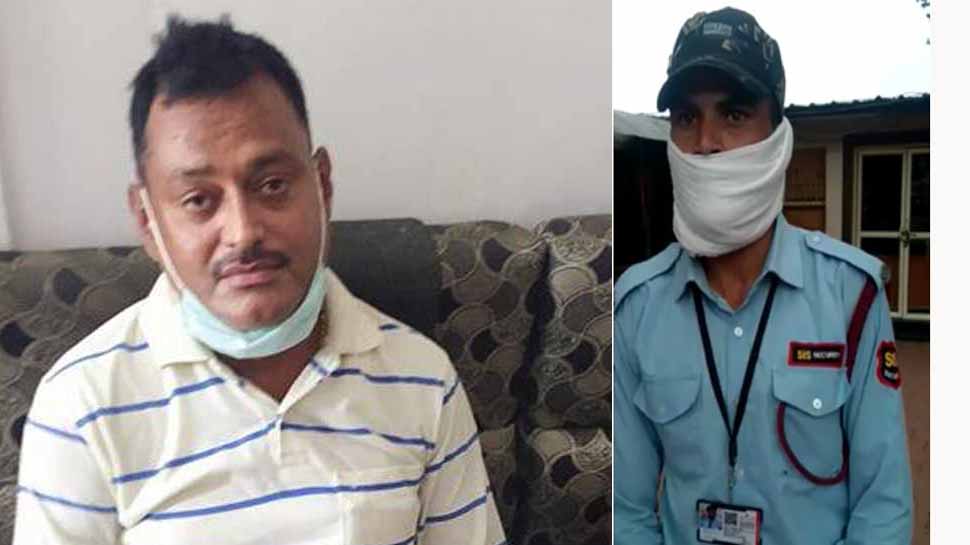 Ujjain: The security guard of the Mahakaal Temple, who called up the police which resulted in the arrest of notorious history sheeter Vikas Dubey from Ujjain on Thursday (July 9, 2020) morning, said that he had seen photos of Dubey and so he knew what the latter looked like.

The guard, Lakhan Yadav, said that he came to the temple at 7 am and saw the gangster trying to enter the temple through the back gate. Yadav found Dubey's activity suspicious and informed the police. Dubey could not enter the temple even though he had purchased a VIP darshan ticket.

Yadav said that he was interrogated for close to two hours and he said the same thing to all the officials of different security agencies who questioned him.

Meanwhile, Madhya Pradesh Home Minister Narottam Mishra confirmed Dubey's arrest and said that the state police was on high alert since Kanpur shootout and this helped in nabbing the dreaded gangster in Ujjain. Mishra added that two close aides of Vikas Dubey were also arrested with him.

Chief Minister Shivraj Singh Chouhan congratulated Ujjain Police and said that those who think that Mahakaal will wash off their sins do not know Mahakaal at all.

Earlier on Thursday morning, UP Police shot dead a close aide of Vikas identified as Praveen alias Bauva Dubey. Bauva carried a reward of Rs 50,000 on his head and was one of the accused in the ambush in Bikru village. Bauva was killed in an encounter in Etawah by a joint team of UP Police and Special Task Force.

In another encounter, one more close aide of Vikas Dubey identified as Prabhat Mishra was killed by Uttar Pradesh police in an encounter near Kanpur. Prabhat was arrested by Haryana Police on Wednesday (July 8) and was being brought to Uttar Pradesh on a transit remand for further interrogation when he tried to escape from police custody and was shot dead.

The gangster was arrested almost 150 hours after he and his henchmen ambushed and killed eight Uttar Pradesh policemen on July 3 at his village in Kanpur. Dubey, who was on the run for the last six days, had come to Ujjain to offer prayers at Mahakaal Temple.