According to a HAL press release, the "customer flights are expected to be completed by the end of this month". 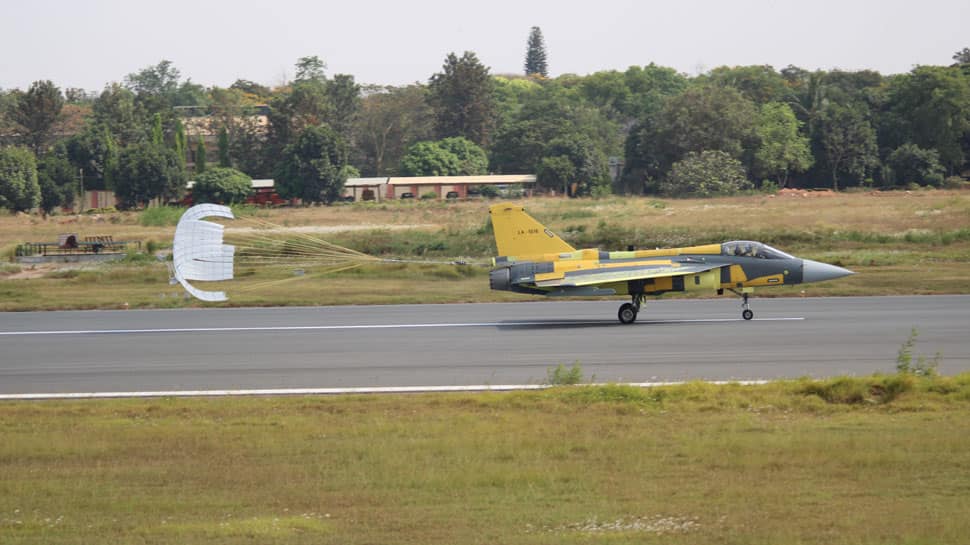 According to a HAL press release, the "customer flights are expected to be completed by the end of this month". The public sector defence production unit has the order to make 40 LCA Tejas fighters (16 each in IOC and final operational configuration along with eight twin-seat trainers) from the IAF.

Tejas was inducted into IAF squadron ‘Flying Daggers', which is based at Sulur Air Force Station in Tamil Nadu, on July 1, 2016. The IAF is replacing its ageing fleet of MiG-21 Bison jets with the indigenous supersonic Tejas.

HAL started producing Tejas in 2014 at a rate of eight jets per annum. A second production line was subsequently established at Aircraft Division (Bangalore Complex) for structural assembly, final assembly and equipping of the fighter.

Tejas Mark 1 (Mk1) was given the Final Operational Clearance (FOC) on February 21, 2019, during the Aero India 2019 held at Yelahanka Air Force Sation, Bengaluru. The FOC was given after Tejas demonstrated its capability to fire the Derby Air-to-Air Beyond Visual Range missile,  active electronically scanned array (AESA) radar, electronic warfare suites, mid-air refuelling and carry out the air-to-ground bombing.

HAL has already received drawings and documents related to the FOC with limited clearance for Tejas from Centre for Military Airworthiness & Certification (CEMILAC) and Aeronautical Development Agency (ADA). HAL is on course to deliver the first Tejas FOC fighter, which will be fully weaponised, to the IAF by the end of 2019.

After receiving the FOC certificate, IAF chief Air Chief Marshal Birender Singh Dhanoa termed Tejas as "battle ready" and pointed out that the fighter has successfully taken part in Gaganshakti 2018 exercise as well as the Vayushakti exercise in February  where the aircraft "performed extremely well with a high sortie generation rate and the required weapons capabilities".