Five more persons have been arrested in connection with the recent communal tension in Delhi's Hauz Qazi locality, the police said on Saturday. 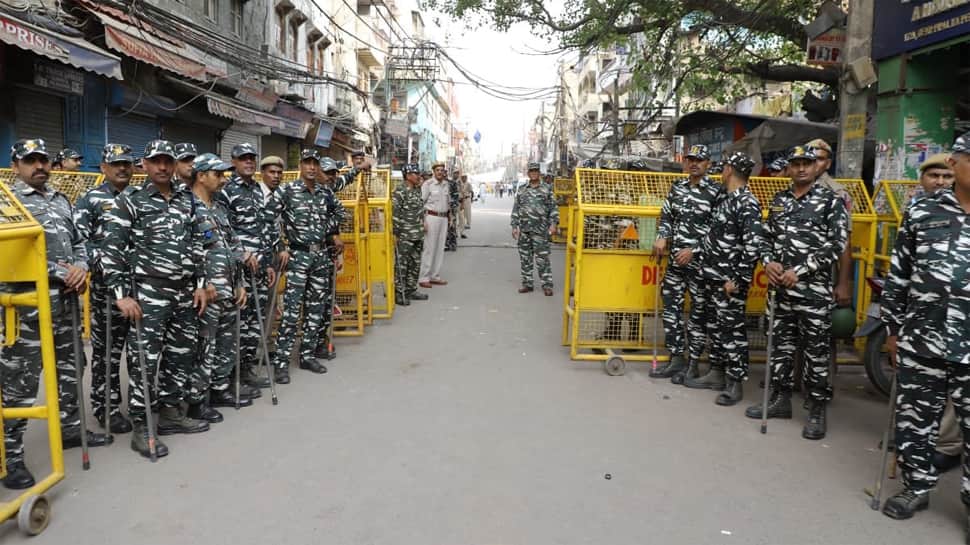 New Delhi: Five more persons have been arrested in connection with the recent communal tension in Delhi's Hauz Qazi locality, the police said on Saturday.

A total of 17 people have been arrested in connection with the incident so far.

Earlier, the Delhi Police arrested four people in connection with the incident which included the main accused in the case, Aas Mohammad.

The incident took place on June 30 when a parking issue in Hauz Qazi in Chandni Chowk area of Delhi led to a tension between two groups of people from different communities.

Security personnel were deployed in the area after the incident sparked communal tension. Delhi Police Commissioner on Friday visited the Hauz Qazi area to review the security arrangements.

Union Minister Harsh Vardhan had on Tuesday visited the area and appealed to people to maintain calm. He said that appropriate arrangements have been made in the area so that the situation does not flare up. He added that he has asked officials to take strict action against those who were involved in the incident.

"The incident in Lal Kuan area of Chandni Chowk is condemnable. The Delhi Police is keeping an eye on the whole situation and its first priority is to nab the culprits. No one can be allowed to disrupt social harmony. The culprits will not be spared," Chandni Chowk MP Harsh Vardhan had tweeted in Hindi.

The Union Minister had also said that some anti-social elements were trying to spread rumours through social media. "The police administration is monitoring every activity. I appeal to the people of my constituency to ignore the rumours and notify the police in this regard," he said in another tweet.