The Delhi High Court on Monday sought a response from the Aam Aadmi Party government and Delhi Police over an application moved by several foreign nationals related to Tablighi Jamaat seeking modification in the court`s earlier order. 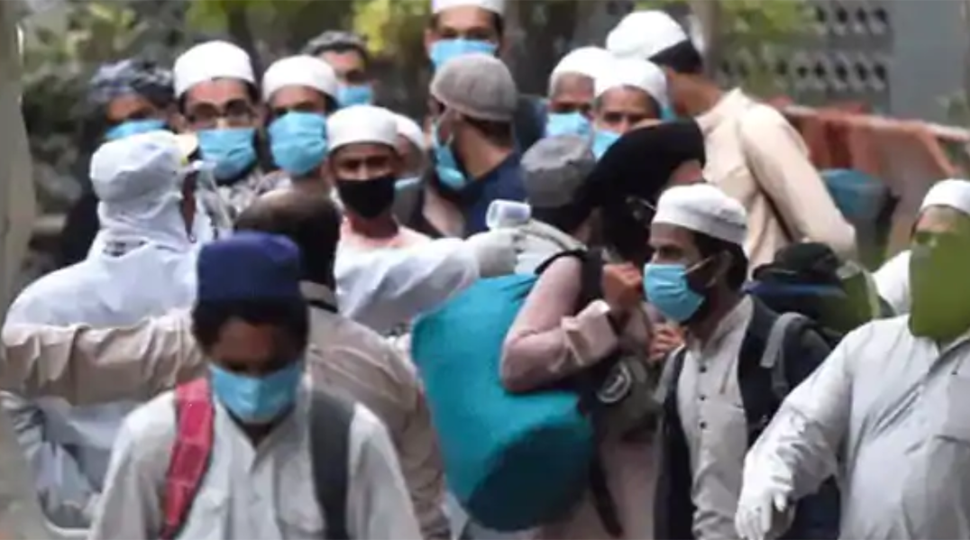 The Delhi High Court on Monday sought a response from the Aam Aadmi Party government and Delhi Police over an application moved by several foreign nationals related to Tablighi Jamaat seeking modification in the court`s earlier order.

A division bench of the High Court presided over by Justices Vipin Sanghi and Rajnish Bhatnagar issued notice to the respondents on the application filed through Advocate Ashima Mandla seeking permission to shift one of the venues where some of the foreign nationals were staying with the permission of the court.

The petitioner stated that 65 foreign nationals housed at Meeraj International School are facing discomfort due to the arrangements at the school.

The community is thus praying for permission before the Court to immediately shift them from Meeraj International School to Texan Public School.

The application said that the community has now identified an additional 2 alternate places of accommodation, which may be used in the future, if need be, to house any of the 955 foreign nationals in question.

"The community once again undertakes to bear all costs for shifting accommodation and further duly notify the Delhi Police of the whereabouts of the foreign nationals," the application stated.

On May 28, the bench had allowed 955 foreign nationals to shift, who had attended the congregation of Tablighi Jamaat in Nizamuddin area here, to alternate places of accommodation.

Earlier Tablighi Jamaat took the responsibility to arrange food and meet the daily needs of the foreign nationals.

The foreign nationals have, however, been directed not to leave their respective accommodations without intimation. The Central government said that none of the foreign nationals are under detention and the relief to fly back home has not been pressed.

Earlier, the counsel for the petitioners had sought the release of these foreign nationals, who participated in the event and are being held in institutional quarantine since March 30 despite having tested negative for COVID-19.

It was further informed by way of the status report that the Delhi Police has neither arrested nor detained anyone in the case lodged against members of the Tablighi Jamaat for participating in the religious congregation at Nizamuddin Markaz during the COVID-19 lockdown.

The Delhi Police had in its response filed before the court said that that Tablighi Jamaat "deliberately, wilfully, negligently and malignantly disobeyed" the orders of the government regarding the lockdown and social distancing amidst the outbreak of the COVID-19 pandemic.

The police had informed the court that the authorities of Markaz at the Tablighi Jamaat Headquarters, were contacted by Delhi Police. One Mufti Shahzad was apprised of the situation arising out of the spread of COVID-19 and was asked to take immediate action for preventing the spread of this disease. He was directed to send the foreign devotees back to their countries and the Indians to their respective native places. "However, no one paid any heed to the lawful directions of Delhi Police," the investigating agency told the court.

"They deliberately, wilfully, negligently and malignantly disobeyed the lawful directions promulgated in this regard. Written notices were also issued to Maulana Mohd. Saad and the Markaz management. However, they refused to pay any heed," the police said in its report.

The Delhi Police also told the court that an audio has been found where Tablighi Jamaat head Maulana Saad was "heard asking his followers to defy the lockdown and social distancing and to attend the religious gathering of the Markaz."

"An audio recording purportedly by Maulana Mohd. Saad, head of the Tablighi Jamaat, was found in circulation on whatsapp on 21.03.2020, in which the speaker was heard asking his followers to defy the lockdown and social distancing and to attend the religious gathering of the Markaz, the investigators had said.