Heavy rainfall, snow expected in parts of the country - check IMD's weather prediction for your city

Parts of Jammu and Kashmir might get heavy rain or snowfall on October 23. Rainfall likely to be less severe in Uttrakhand as compared to the last few days, while in Kerala, an orange alert has been issued for 11 districts. Parts of West Bengal, Bihar and Odisha will also see heavy rains, while Delhi might have clear skies 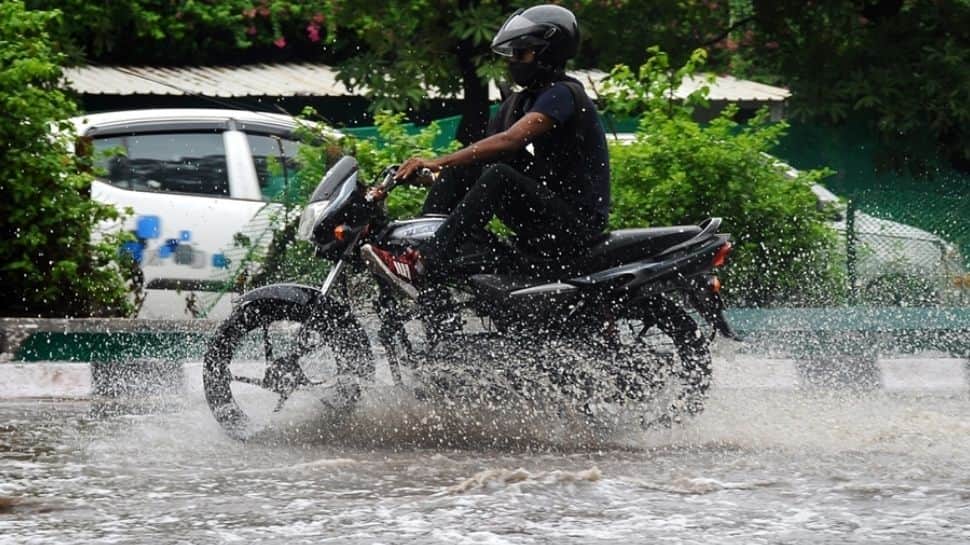 New Delhi: While Delhi might see clear skies, and Uttarakhand possible drier spell as compared to last few days, Bihar and Odisha will see heavy rainfall, while parts of Jammu and Kashmir can even receive snowfall in few days.

The India Meteorological Department (IMD) on Tuesday (October 19) predicted heavy rainfall or snowfall for Jammu and Kashmir on October 23. Speaking to ANI, Naresh Kumar, Senior Scientist, IMD said, "A great western disturbance is coming which will specifically affect the western Himalayan region. So, we are expecting snowfall activity will be increased in the western Himalayan region. We are expecting heavy rainfall or heavy snowfall in Jammu and Kasmir on October 23."

He further stated that the adjoining areas like Punjab and the isolated parts of Haryana can also have light rainfall in the coming days. Kumar also informed that Uttarakhand had rainfall up to 40 cm and Himachal Pradesh experienced very heavy rainfall till Monday. "In west Uttar Pradesh, rainfall occurred up to 17cm till yesterday (Oct 18)," the senior scientist of IMD said.

The senior scientist said that there was a low pressure area in central Madhya Pradesh till yesterday. However, there is a western disturbance around Jammu and Kashmir's latitude. Also Bihar will receive heavy rainfall. "We are expecting very heavy rainfall in Bihar due to the low pressure in Bihar," he added.

Dry weather is likely to exist in Uttarakhand and its adjoining areas over the next three days, said the India Meteorological Department on Tuesday (Oct 19). This news pours in after torrential rainfall wrecked the state of Uttarakhand over the past few days.

The Met department also said that heavy rainfall is very likely to continue in West Bengal till Thursday (Oct 21) morning even as the low-pressure system that developed over the Gangetic Basin in the southern part of the state moved to Bihar. The weatherman warned of extremely heavy rainfall over Darjeeling, Kalimpong and Alipurduar till Wednesday morning and downpour till Thursday over all sub-Himalayan districts.

In northeast India, southerly winds are coming from the Bay of Bengal, due to which, there are chances of heavy to very heavy rainfall up to 12 cm in the upcoming two to three days, Kumar said.

Rainfall activity will increase in the south peninsula in the coming three to four days and we are also expecting rainfall activity up to 6-7 cm in Kerala and Tamil Nadu, he added.

After a relative respite of two days, the IMD today issued an orange alert for 11 districts of Kerala indicating heavy rainfall on Wednesday (october 20). The IMD sounded the alert for Thiruvananthapuram, Pathanamthitta, Kottayam,  rnakulam, Idukki, Thrissur, Palakkad, Malappuram, Kozhikode, Wayanad and Kannur districts on October 20. The weatherman has put 12 districts on orange alert on Thursday also. It has been issued for all districts other than Kannur and Kasaragod on October 21.

In Odisha, the IMD has forecast more rain on Wednesday (Oct 20), which has already been battered by low-pressure area-induced downpour for the last three days. Fishermen were advised not to venture into the Bay of Bengal for the next 48 hours, while water levels in Subarnarekha, Budhabalang and Jalaka rivers in northern Odisha were on the rise, the weatherman said. The MeT Department forecast light to moderate rain or thundershowers in both coastal and interior regions.

In the capital Delhi, while clear skies are now expected, October has been unusually wet in 2021. The month of October this year has been the wettest in the city since 1960, when the national capital had recorded 93.4 mm rainfall. This year, 94.6 mm of rainfall has already been recorded in the city in October.