Pranab Mukherjee was the 13th president of India. 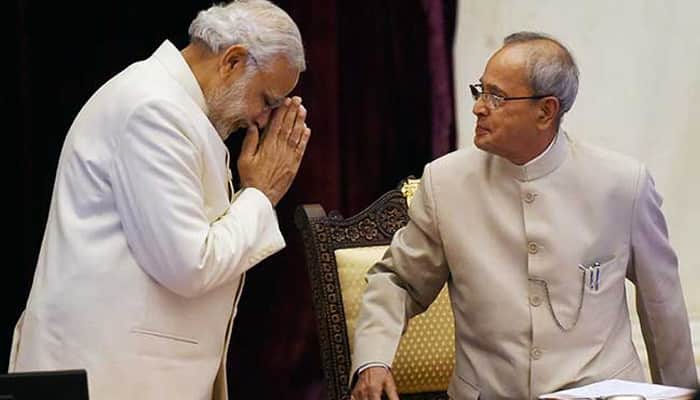 Mukherjee said that he received the letter on his last day in office as the President.

The PM told Mukherjee he was “a father figure and mentor” to him.

“During your political journey and your presidency, you placed the wellbeing of the nation over everything else,” the PM wrote in the two-page letter.

He also talked of Mukherjee's "intellectual prowess" and his deep "insights on various subjects" which helped the government as well as him.

Modi said he had come to New Delhi, three years ago, as an outsider. "The task before me was huge and challenging. In these times, you have always been a father figure and a mentor to me. Your wisdom, guidance and personal warmth have given me greater confidence and strength," the PM said.

On my last day in office as the President, I received a letter from PM @narendramodi that touched my heart! Sharing with you all. pic.twitter.com/cAuFnWkbYn

To this, the PM responded: “Pranab Da, I will always cherish working with you.”

Pranab Da, I will always cherish working with you. @CitiznMukherjee https://t.co/VHOTXzHtlM

Pranab Mukherjee was the 13th president of India.