Some people from the Muslim community came forward and objected to the burial claiming that the deceased had spent most of his life mingling with Hindus and also accused him of black magic. 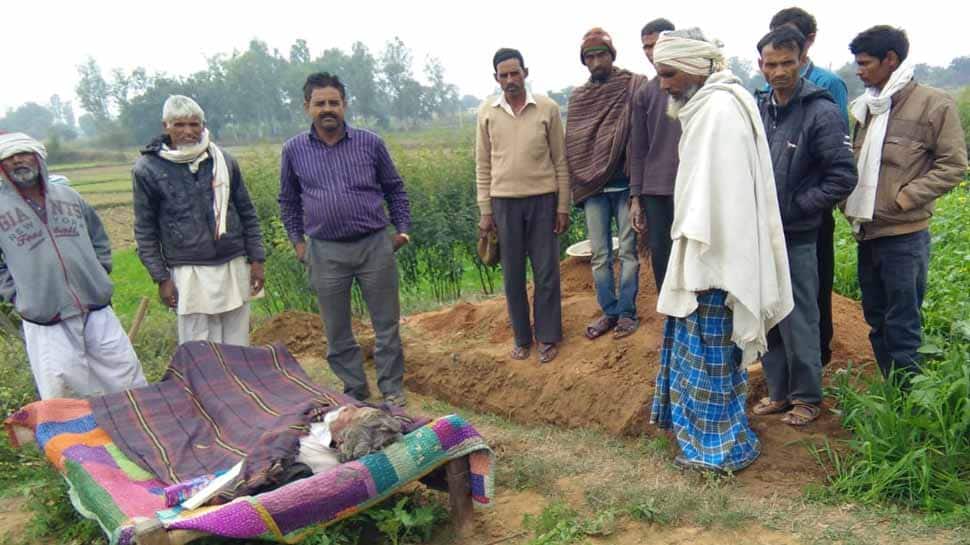 Garhwa: The Hindu community of Makri village at Garhwa district in Jharkhand came forward to help a Muslim man's family to bury him after some people from the Muslim community denied the deceased a proper burial.

When Kariman Mian, a resident of the village, passed away his family got busy with making his funeral arrangements but the family members were stopped from going ahead with the cremation. Some people from the Muslim community came forward and objected to the burial claiming that the deceased had spent most of his life mingling with Hindus and also accused him of black magic.

Following the disagreement, the dead body was kept at the house after which the Hindu community came forward and helped Kariman's family to complete the burial formalities.

Alam Ansari, grandson of the deceased said, "Despite knowing that his own community had disowned him, the Hindu and other communities of the village came forward to help Kariman Mian. These people never said anything when he was alive, and never condemned them but the way they stopped the burial was very shameful. When we came to know about this we all reached his house and paid our last respects."

The daughter of the deceased said, "Senior philosopher and Islamist Yasin Ansari has said that it is forbidden by Sharia law to stop the burial of someone's body, such people see hell not after death but during their lifetime. The Hindu brothers who helped us in the cremation will, on the other hand, be shown the doors of heaven."