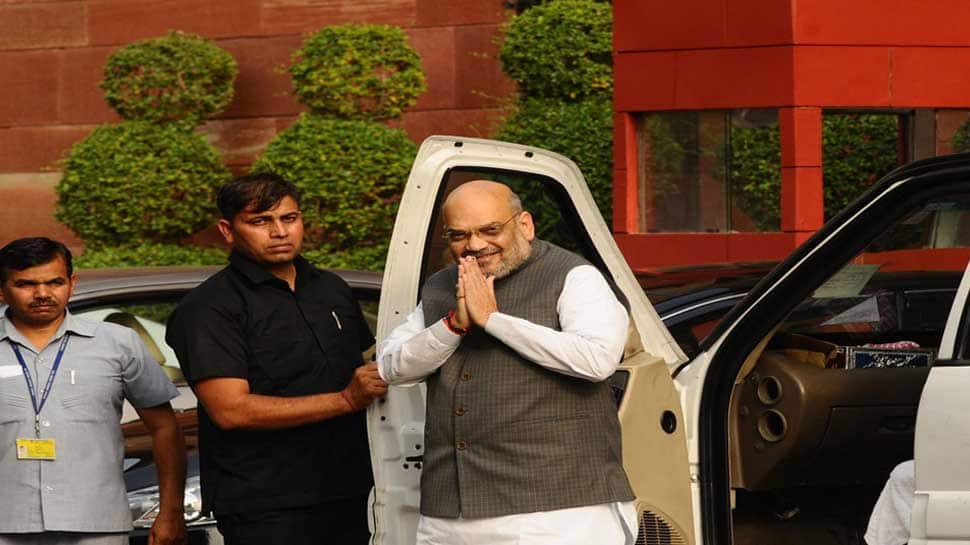 NEW DELHI: The security of BJP president Amit Shah, who recently took charge as the country's new Home Minister, has been tightened with the Delhi Police putting in place additional component of security personnel at his residence.

Shah's security was reviewed a week after he assumed charge of the sensitive Home Ministry – one of the most important portfolios.

Confirming the development, a senior Delhi Police official told news agency PTI that Shah's security has been reviewed and additional security forces have been moved to his residence.

The additional forces are from the Delhi Police, the official said.

This comes at a time when there are reports of Home Minister shifting to another house, which was earlier occupied by former prime minister Atal Bihari Vajpayee.

A government source told PTI that the official bungalow of the former prime minister on Krishna Menon Marg has been allotted to Union Home Minister Amit Shah.

Vajpayee had moved to the Krishna Menon Marg bungalow in 2004 after his government was voted out, and stayed there with his family for nearly 14 years. His family vacated the house in last November after his death in August.

Due to security reasons, Shah is also likely to be provided with the Black Cat commandos of the National Security Guard.

Meanwhile, the security being provided to Defence Minister Rajnath Singh will continue till the Army takes charge of his security.

Rajnath Singh's residence is currently guarded by the paramilitary forces, a responsibility that may also go to the Army.

Tripura Madhyamik Result 2019: TBSE Class 10th Result 2019 to be declared on Saturday, 9 am at tripuraresults.nic.in, tbse.in