The question was made in an oblique reference to the recently released film Uri: The Surgical Strike. 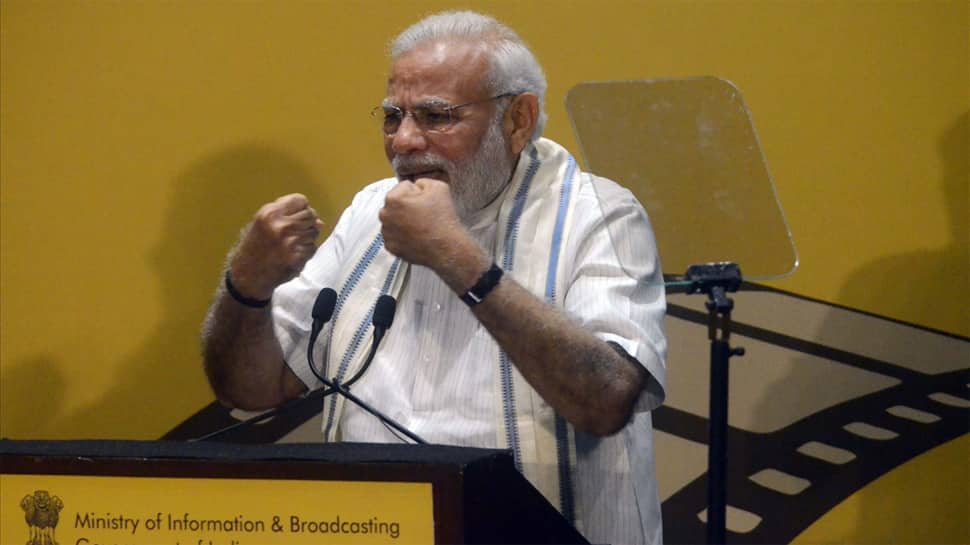 MUMBAI: "How's the josh?" was Prime Minister Narendra Modi's first question as he started his interaction with personalities from the Indian film industry after the inauguration of National Museum of Indian Cinema in Mumbai. Those in the gathering responded to the question with claps and a prompt reply saying 'High sir'.

The question was made in an oblique reference to the recently released film Uri: The Surgical Strike. The movie, which has the same dialogue, is based on the surgical strikes which were carried out by the Indian forces in Pakistan in 2016.

Actor Vicky Kaushal who delivered the dialogue in the movie, called it an honour that the PM used it.

Actress Yami Gautam, who was part of the film too, took to Twitter to reply to the PM.

The Josh is HIGH SIR !! Such an honour @PMOIndia __ https://t.co/RllevDYhA3

Not just the film personalities that were present at the event, several others on Twitter too joined the chorus in giving the PM a reply.

When PM @narendramodi asked this eminent gathering of Indian Film Industry- "How is the Josh".

See how they replied by saying - "High Sir". pic.twitter.com/gbPFVCngu6

During his address, the PM said that Indian films which once focused on "helplessness" are now changing stating that films are a reflection of the society. "Films and society are a reflection of each other. What you see in films is happening in society and what is happening in society is seen in films. This shows India is changing. Earlier, poverty was considered a virtue... Films were about poverty, helplessness. Now, along with problems, solutions are also being seen. If there are a million problems, there are a billion solutions," Modi said.