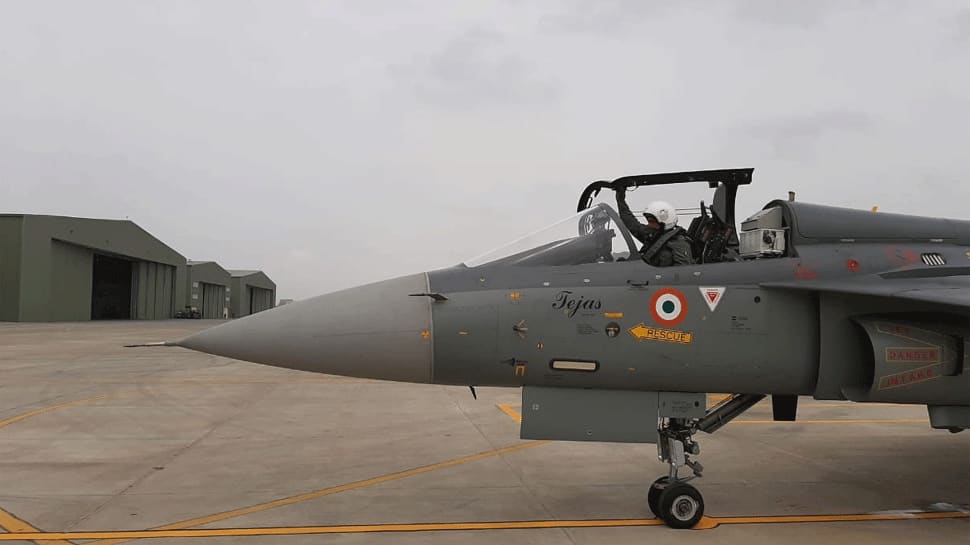 The Indian Air Force (IAF) on Wednesday (May 27, 2020) operationalised its no.18 Squadron, the "Flying Bullets", at Sulur airbase in Tamil Nadu's Coimbatore, equipping it with the fourth generation Mk1 LCA (Light Combat Aircraft) Tejas. Air Chief Marshal RKS Bhadauria flew the single-seater Tejas fighter with the 45 Squadron, which is the first IAF unit to get the indigenous jet and like the Flying Bullets is based at Sulur.

The No.18 Squadron will be the second one to have the home-made Tejas, after the 45 Squadron based here. It is also the "lightest and smallest" in its group of fourth-generation supersonic combat aircraft.

The Tejas FOC made its first successful test flight in Bengaluru just a couple of months ago on March 17, 2020.

Several advanced technologies have been incorporated into the Tejas FOC including Air-to-Air refuelling and Beyond Visual Range (BVR) missile system to make the fighter a potent platform.

The IAF already operates 20 Tejas jets in Initial Operation Clearance (IOC) in the 45 Squadron while the 18 Squadron will also have 20 jets in FOC version with 16 fighters and 4 trainers.

IAF's No, 18 Squadron, formed on, April 15, 1965 with the motto "Teevra aur Nirbhaya", has an illustrious history. Flying Officer Nirmal Jit Singh Sekhon of the Squadron was decorated with the highest gallantry award Param Vir Chakra posthumously for his daring dogfight with Pakistani Sabre jets over the skies of Kashmir valley. The gallant action by the Flying Officer Nirmal Jit Singh Sekhon and the squadron led to unit earning the sobriquet Defenders of Kashmir Valley.

The Squadron has operated Folland Gnat, HAL Ajeet and ground-attack ground-attack Mikoyan-Gurevich MiG-27ML before it was number-plated in April 2016.