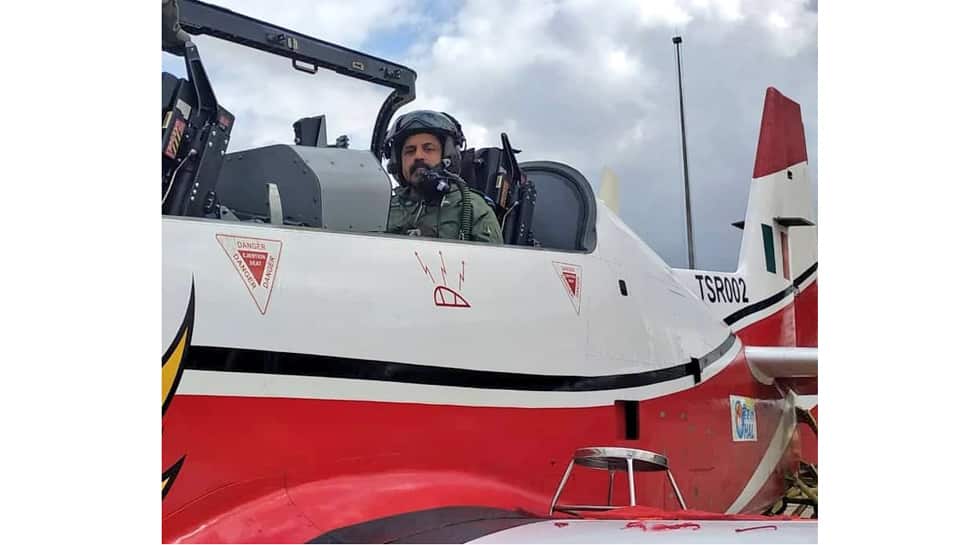 The IAF chief flew in the trainer aircraft for around 40 minutes and tested the HTT-40 on several parameters. It is learnt that HTT-40 will replace HPT32 after its formal induction in the IAF. Air Chief Marshal Bhadauria has now become the first IAF chief to fly in an under development aircraft.

The HTT-40 is an all-metal tandem seat aircraft powered by a 1,100 hp (820 kW) turboprop engine. In 2012, HAL had announced that it would build 106 HTT-40 trainer aircraft but the future of aircraft plunged in doubt after the IAF ordered 75 Pilatus PC-7 Mk IIs to work as trainer aircraft.

But in 2015, it was reported that 68 HTT-40 trainers had been selected by Ministry of Defence to function as trainer aircraft. The first prototype of HTT40 was rolled out by HAL on February 2, 2016. The HTT40 made its first public introduction flight on June 17, 2016 and on May 19, 2017, the second prototype completed its maiden flight.

ANI reported that the IAF would order a sizeable number of these planes from the HAL for its training fleet which is currently using the Swiss Pilatus planes. Notably, the Swiss aircraft firm has been banned by the Centre for its alleged involvement in corrupt practices and this is the reason why the future of this indigenous aircraft seems bright.