The Pakistan PM had shared two fake videos on Twitter of security forces brutally beating Muslims, with the caption, "Indian police’s pogrom against Muslims in UP". 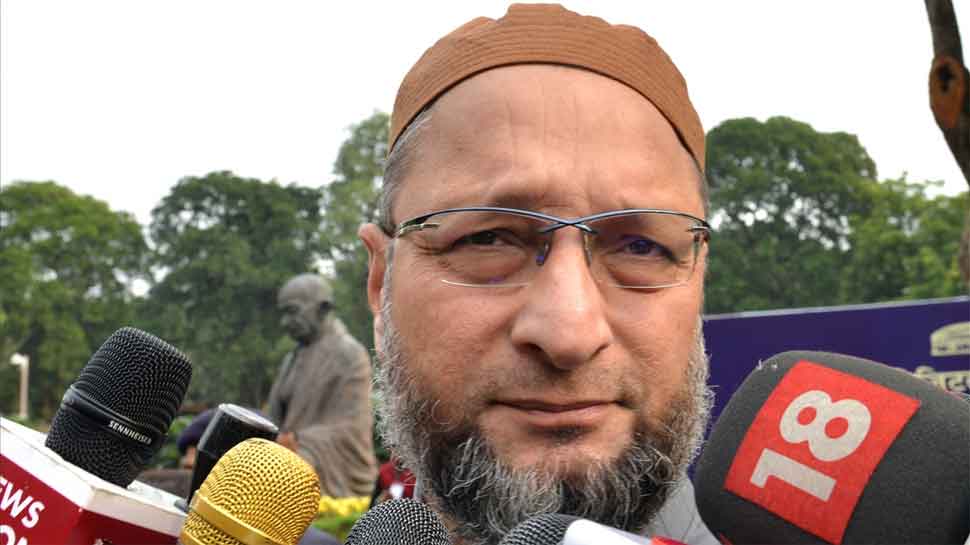 Hyderabad: All India Majlis-e-Ittehad-ul-Muslimeen (AIMIM) leader Asaduddin Owaisi slammed Pakistan Prime Minister Imran Khan for sharing a seven-year-old violence video from Bangladesh as a case of what he claimed to be 'Indian police's pogrom against Muslims in Uttar Pradesh'. Taking further dig at Imran Khan, Owaisi said that the latter shoud worry about the state of affairs in Pakista rather than worrying about the Indian Muslims.

"Pakistan's Prime Minister posted a video from Bangladesh falsely claiming it to be from India. Mr Khan you worry about your own country. We have rejected the wrong theory of Jinnah, we are proud Indian Muslims and will remain so," Owaisi said at an event on Saturday.

Owaisi also lashed out at Prime Minister Narendra Modi challenging him to announce that the National Register of Citizens (NRC) exercise will not be carried out during his rule in the Centre. He also urged Congress to come together with AIMIM and other parties in opposing the Citizenship Amendment Act (CAA) and NRC issue.

On January 3, Pakistan PM Imran Khan had shared two videos in which security forces were seen beating Muslims. He captioned the videos as 'Indian police's pogrom against Muslims in UP'. However, the videos turned out to be old footage from Bangladesh.

Facing a strong backlash on social media for tweeting fake vidoes and not doing basic fact-checking, Imran deleted the posts from his account.

"This is not from UP, but from a May 2013 incident in Dhaka, Bangladesh. The RAB (Rapid Action Battalion) written on the vests at 0:21s, 1:27s or the Bengali spoken, or these links would help you be better informed," Uttar Pradesh Police said after doing a fact-check on the videos.