India spoke about the common interest India shares with Germany and the rest of Europe to combat terrorism. 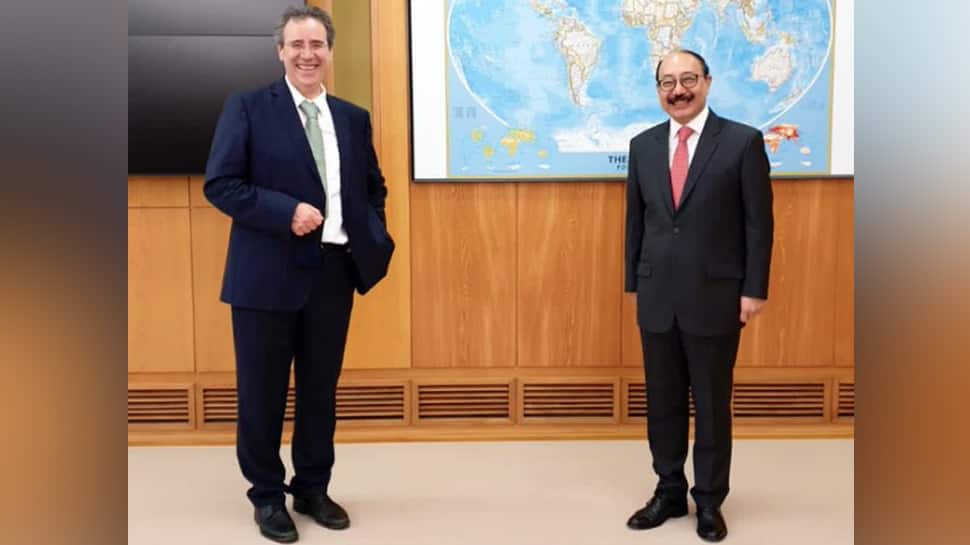 New Delhi: In his second leg of the three-nation European tour in Germany, India's Foreign Secretary Harsh Vardhan Shringla highlighted the common interest India shares with Germany and rest of Europe to combat terrorism and welcomed Berlin's strategy on the Indo-Pacific. Shringla met with top German diplomats and interacted with think tanks.

During his meetings with German interlocutors in Berlin, the Foreign Secretary told that India is "stunned by the recent terror attacks in France" and these are threats to "our common democratic values and freedom of expression". He said, that the terror attacks in France "vindicate our long term assertion that terror knows no boundaries".

"We should learn to call a spade a spade on terror front," India's FS told his German interlocutors hinting at Pakistan that how some "countries" who are the fountainhead of terror are "claiming to be victims of terror to gain international sympathy". He called upon "like-minded countries" to work together and "there can be no justification for terror under any circumstances".

India also welcomed Germany’s foreign policy turn towards the Indo-Pacific. The German government earlier in 2020 announced its Indo-Pacific strategy, a move that shows greater interest in the concept that Beijing views suspicious.

The FS highlighted how "India" is an important actor in the region and how it is "the most reliable partner to implement our shared vision for the region". On a broader point of discussion China's debt-trap diplomacy, the need to diversify supply chains were other areas of discussion.

In his last leg of the visit, the FS will be in London and will meet permanent undersecretary of the Foreign, Commonwealth and Development Office, Sir Philip Barton.