Speaking as the guest of honour at the WION World Order -Talking Diplomacy event, Bharatiya Janata Party's national general secretary Ram Madhav said that one of India's strategic goals is to achieve its own club. 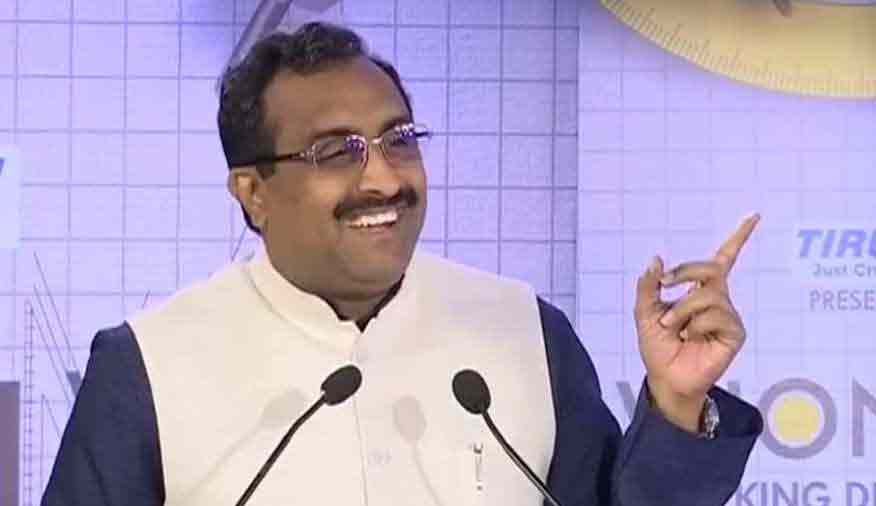 New Delhi: Speaking as the guest of honour at the WION World Order -Talking Diplomacy event, Bharatiya Janata Party's national general secretary Ram Madhav said that one of India's strategic goals is to achieve its own club.

Madhav said that "every government adds its own flavour to its foreign policy," and that having its own club will further a dimension in country's foreign policy.

"PM Modi has met with academics, Nobel laureates and several other dignitaries. It has helped shape our foreign policy. In this way, PM Modi has helped in engaging with other countries," he said.

He said that India is a country that has kept in mind the sentiments of other countries and that "cultural dimension" has been a vital factor in India's foreign policy. "Diaspora diplomacy is key to our foreign policy," Madhav added.

"Nehru tried to create a club but at one point it had to be abandoned after the 1962 war," Madhav noted.

He also underlined the significance of the Indian Ocean in the country's foreign policy strategy and said that India needs to invest heavily in this area.

"We have to look at China. So we have to devise a new strategy to engage with a strong neighbour," Madhav said.

The BJP leader also called for a conscious effort towards de-hyphenation of Pakistan with regards to India's foreign policy.

The event marked an important milestone in the roadmap towards creating a strong and credible track-2 forum that will promote multilateralism and its allied benefits to counter the emerging trend of unilateralism, which threatens to become the new normal.

Set on fire, Unnao gang rape survivor to be airlifted to Delhi, green corridor created from airport to Safdarjung Hospital