According to a statement released by the Health and Family Welfare Ministry, a 68-year-old woman, who had tested positive for Coronavirus infection, died at RML Hospital in Delhi. 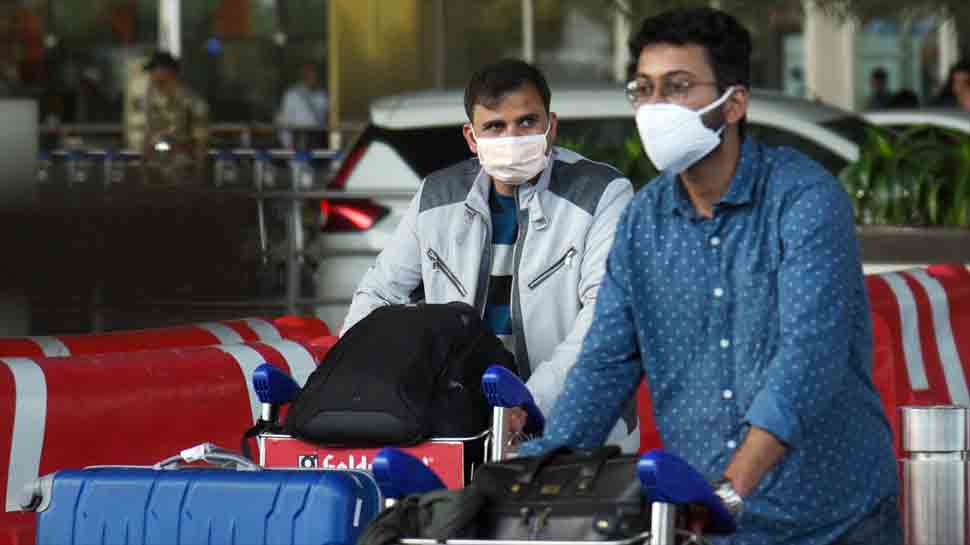 NEW DELHI: India on Friday (March 13, 2020) reported its second death due to Coronavirus outbreak, which has so far claimed the lives of more than 5,000 people in over 117 nations across the globe.

According to a statement released by the Health and Family Welfare Ministry, a 68-year-old woman, who had tested positive for Coronavirus infection, died at RML Hospital in Delhi.

''She had a history of contact with a positive case (her son who had traveled to Switzerland and Italy between February 5 to 22, 2020). The son had returned to India on February 23. He initially was asymptomatic, but developed fever and cough after I day and reported to Ram Manohar Lohia Hospital on March 7, 2020,'' the statement said.

''As per protocol, the family was screened and since he and his mother had fever and cough, both were admitted. She was a known case of diabetes and hypertension. Her sample was collected on March 8, 2020, Her condition worsened on March 9, 2020 with the development of pneumonia and she was shifted to the intensive care unit. Her sample also tested positive for COVID19. Since March 9 2020 she was having respiratory fluctuations and was provided ventilator support. However, due to comorbid conditions, she died on March 13, 2020 at RML Hospital, Delhi as confirmed by the treating Physician and Medical Superintendent,'' the statement added. 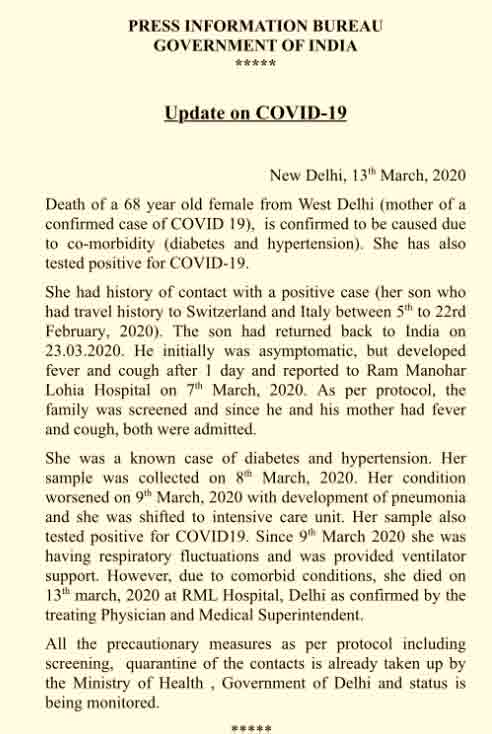 Meanwhile, the total number of deaths due to coronavirus infection across the world crossed 5,000 on Friday and the number of cases rose to 138,275.

The alarming situation has affected around 117 countries globally with China, South Korea, Italy and Iran among the most-affected countries.

Italy and South Korea, which are the most affected country after China, have reported 15,113 and 7,979 cases respectively.

US President Donal Trump is also expected to declare a national emergency over the fast-spreading coronavirus, opening the door to providing more federal aid to fight the disease, a Bloomberg report said on Friday, citing sources.

Earlier, US President Trump had tweeted, "I will be having a news conference today at 3:00 P.M., The White House. Topic: CoronaVirus!"

In India, nearly 1500 people have been kept under observation, according to the Health Ministry officials. The Centre, along with the state governments, is making several efforts to bring the situation under control and prevent spread of the virus in the country.

The Uttar Pradesh government declared the COVID-19 a 'contagious epidemic' and directed all educational institutions in the state to remain closed till March 22 to deal with the lethal infection.  UP CM Yogi Adityanath also announced that while exams which are going on in school and colleges will continue the ones which are set to start will be postponed.

In the wake of the Coronavirus situation, the Karnataka government also declared the closure of all malls, cinema halls, pubs, wedding ceremonies and other public gatherings for one week.

The government also cancelled the leaves of all health staff due to the coronavirus situation and issued an order saying, ''Leave of all the health staff is cancelled and also order is issued to work on all general holidays till further directions.''.

As a precautionary measure, the Maharashtra government also ordered the closure of gym, public swimming pools, cinema halls under the Epidemic act to prevent the spread of the virus in the state.

In a similar move, the Delhi government also ordered the shutting of all public swimming pools in the city with immediate effect till March 31.

The Centre, till date, has evacuated 948 passengers from COVID-19 affected countries out of which 900 are Indian citizens and 48 belonging to different nationalities including Maldives, Myanmar, Bangladesh, China, USA, Madagascar, Sri Lanka, Nepal, South Africa and Peru.

On Friday, 44 Indians were evacuated from coronavirus-stricken Iran. The flight had landed in Mumbai and from here the evacuees will be flown by special aircraft to Jaisalmer.

The impact of the deadly virus was also seen on the educational institution in states like Delhi, Tamil Nadu, Odisha, Manipur, Uttar Pradesh, Chhattisgarh and Karnataka where all the schools and colleges have been closed till March 31.

The Indian government has also suspended all tourist visas until April 15 and said it would quarantine travellers arriving from seven virus-hit countries as it attempts to contain the spread of the new coronavirus. However, diplomatic visas and visas for international organisations, employment and projects are exempted from this order. 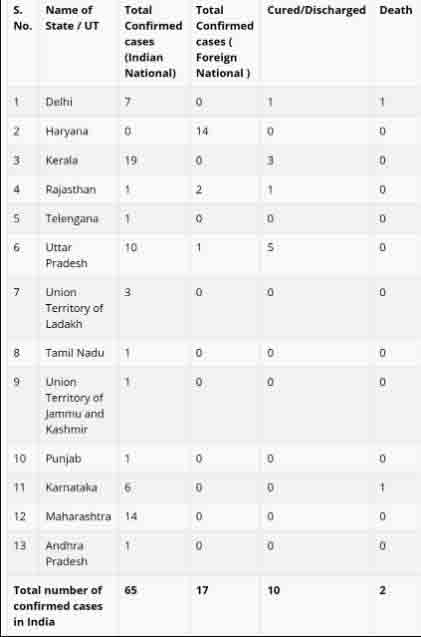 In order to prevent the spread of coronavirus in the country, the Indian government has also ordered to seal borders with four neighbouring countries including- Bangladesh, Nepal, Bhutan and Myanmar.

Issuing a statement the Ministry of Home Affairs said that the borders will be sealed from the midnight of March 15, 2020.

In a positive development, India became the fifth country to isolate Coronavirus at Pune’s National Institute of Virology (NIV) on Friday.  According to reports, it has a 99.98% match with the virus in China’s Wuhan. This significant medical breakthrough will help India in developing a vaccine for the deadly Coronavirus.

The Centre has released a list of helpline numbers for all the states and Union Territories (UTs) to assist the people amid the coronavirus scare. According to the list, which was put up on the official website of Union Ministry of Health and Family Welfare, people in the national capital can dial 011-22307145 for assistance.