The 11th edition of DefExpo in Lucknow is India's biennial military exhibition which seeks to showcase the potential of the country as a global defence manufacturing hub. The College of Military Engineering of the Indian Army has developed the world's first helmet which can stop an AK-47 bullet round from a distance of 10 meters. The helmet launched at the DefExpo-2020 in Lucknow, Uttar Pradesh, weighs 1.4 kgs, according to news agency ANI.

The college has also developed India's first and world's cheapest gunshot locator. In a joint venture with a private firm, this innovation of the college can locate the exact location of the bullet from a distance of 400 meters which will help to locate and neutralise terrorists faster. 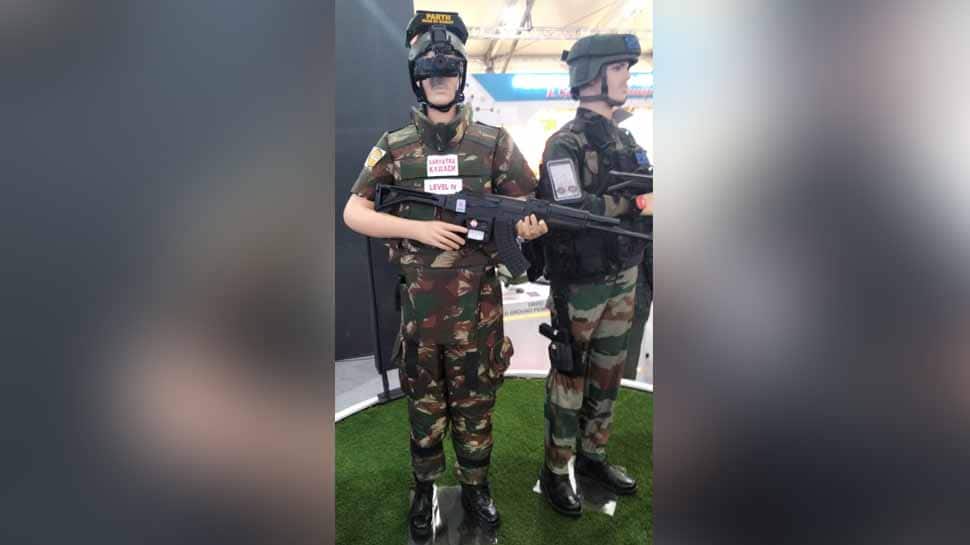 The 11th edition of DefExpo in Lucknow is India's biennial military exhibition which seeks to showcase the potential of the country as a global defence manufacturing hub. It has become one of India's largest defence exhibition platform as well as one of the top DefExpo in the world. This time more than a thousand defence manufacturers and 150 companies from all over the world are part of this Expo.

Union Defence Minister Rajnath Singh on Friday said over 200 MoUs have been signed so far at the DefExpo, asserting that the country is on its way to achieving the target of USD 5 billion in defence exports by 2024. Addressing an event at DefExpo, he said the Centre's policy for the sector has begun delivering results.

"In 2018-19, defence exports were Rs 10,745 crore, which was seven times the exports in 2016-17. Seeing the success of this Defence expo, I am sure that by 2024 we will achieve the target of five billion dollars in defence exports," the minister said. He said so far 200 agreements have been signed during this DefExpo and described the outcome as "historic".

Defence Secretary Ajay Kumar said the initial target for the Lucknow DefExpo was 100 Memorandums of Understanding and business agreements, but till now 200 MoUs have been signed. Kumar described it as the beginning of a new chapter in this sector. Indigenously developed products including artillery guns, helicopters, anti-tank missiles and bulletproof jackets are showcased at the DefExpo.

Rajnath Singh said this reflected Indian capabilities in defence production, according to a press release. Defence manufacturing firms from across the world are participating in the five-day event inaugurated on February 5 by Prime Minister Narendra Modi, who indicated that the country is eyeing the export target of USD 5 billion by 2024. Uttar Pradesh Chief Minister Yogi Adityanath said the state has signed 23 MoUs at the DefExpo through the Uttar Pradesh Expressways Industrial Development Authority (UPIEDA). This is expected to bring in an investment of Rs 50,000 crore and generate 2.50-3 lakh jobs, he said.

Leopard conservation required due to rapid decline in population