PM Modi on Sunday addressed over 50,000 Indian-Americans at 'Howdy, Modi' event in Houston's NRG stadium. The event holds immense significance since India and the US which failed to agree upon a trade deal, with the US imposing tariffs on Indian steel and aluminum imports. 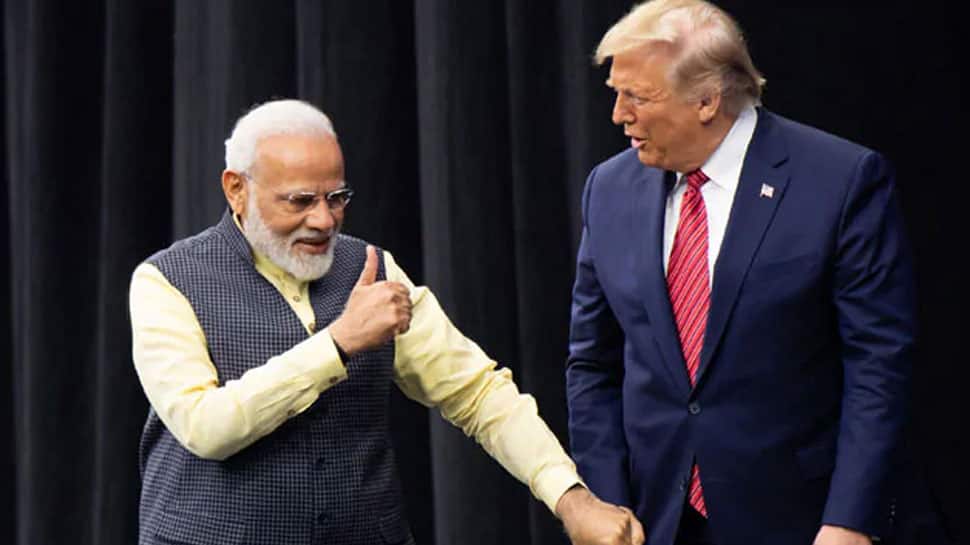 Houston: Prime Minister Narendra Modi on Sunday said that India is challenging the mindset of the people who believed that the country cannot change, asserting that it is aiming 'big and achieving great heights'. Addressing a mega-event at the NRG stadium in Texas, the Prime Minister received a warm welcome by the Indian-American community.

"Today India is challenging the mindset of some people who believe that nothing can change. Now we are aiming high and we are achieving greats heights," PM Modi said. The PM said that the energy at the stadium reflects the increasing synergy between India and the United States.

''For centuries our nation has been moving forward with dozens of languages and hundreds of dialects,'' he said, adding that the ''diversity is the foundation of our vibrant democracy.'' "Our various languages are an important identity of our liberal and democratic society," he said.

Hailing the bilateral ties between the two countries, PM Modi said that India, today, has a true friend in the White House while welcoming US President Donald Trump to the mega `Howdy Modi!

"This is extraordinary, this unprecedented. We have met a few times, and every time he has been the same warm, friendly, energetic and accessible. I admire him also for his sense of leadership and passion for America, a concern for every American, a belief in America`s future and a strong resolve to `Make America Great Again`," PM Modi told the 50,000-strong crowd, with a smiling Trump standing beside him.

"We in India have connected well with President Trump, the words of candidate Trump, 'Ab ki baar Trump sarkar', rang loud and clear," PM said, referring to a viral video from 2016 where Trump can be heard saying the slogan.

"From CEO to Commander-in-Chief, from board rooms to the Oval Office, from studios to the global stage, from politics to the economy and security, he has left a deep and lasting impact everywhere," the PM added.

During his speech, PM Modi said India has given farewell to 70-year-old Article 370, which allowed terrorism and separatism to rear its head in Jammu and Kashmir.

He asked people to give a standing ovation to Indian parliamentarians for Parliament's nod to repeal Article 370 provisions.

"India's decision on Article 370 has troubled some people, who can't handle their country, who support terrorism. Where do you find conspirators of 9/11 and 26/11 terror attacks; time for a decisive battle against terrorism," he said in a veiled attack on Pakistan.

President Donald Trump also delivered a speech at the event on India and Indian Americans at the event. The event holds immense significance since India and the US which failed to agree upon a trade deal, with the US imposing tariffs on Indian steel and aluminium imports. After the event, PM Modi and President Trump will likely negotiate a limited trade deal.

PM Modi was earlier greeted Houston Mayor Sylvester Turner and top US lawmakers as he arrived on stage amid cheers.

The community summit, the first of its scale, was held at the NRG Stadium here in honour of PM Modi, who is currently in the United States on a week-long official trip to address the UN General Assembly, amongst other engagements.