Designated as the Smart Anti-Airfield Weapon (SAAW), the bomb released from the IAF aircraft was guided through precision navigation system. 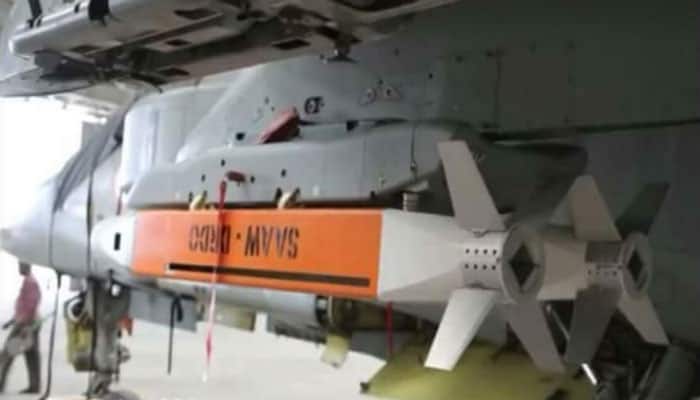 Designated as the Smart Anti-Airfield Weapon (SAAW), the bomb released from the IAF aircraft was guided through precision navigation system.

According to an official statement, the 'glide bomb' reached the targets at greater than 70 km range, with high accuracies.

As many as three test-fires were conducted with different release conditions and ranges.

The bomb has been developed by the DRDO's Research Centre Imarat (RCI) in collaboration with DRDO's other laboratories and IAF.

Secretary Department of Defence R&D and Chairman DRDO, Dr. S Christopher confirmed that SAAW will be inducted soon into the Armed Forces.

The SAAW is a long-range precision-guided anti-airfield weapon, designed to be capable of engaging ground targets with high precision out to a range of 100 km.