Earlier in the day, the wreckage of an F-16 fighter plane was found in Pakistan-occupied-Kashmir by Pakistani armed forces.

New Delhi: A wreckage of AIM-120 AMRAAM (Advanced Medium-Range Air-to-Air Missile), fired at India by Pakistani Air Force's F-16 fighter plane was spotted by the Indian Army on Thursday. As per the report, the debris was recovered by the army on the Indian side.

This comes hours after the wreckage of an F-16 fighter plane was found by Pakistani armed forces in Pakistan-occupied-Kashmir (PoK) after it was brought down by a MiG 21 fighter during Wednesday's failed air raid. 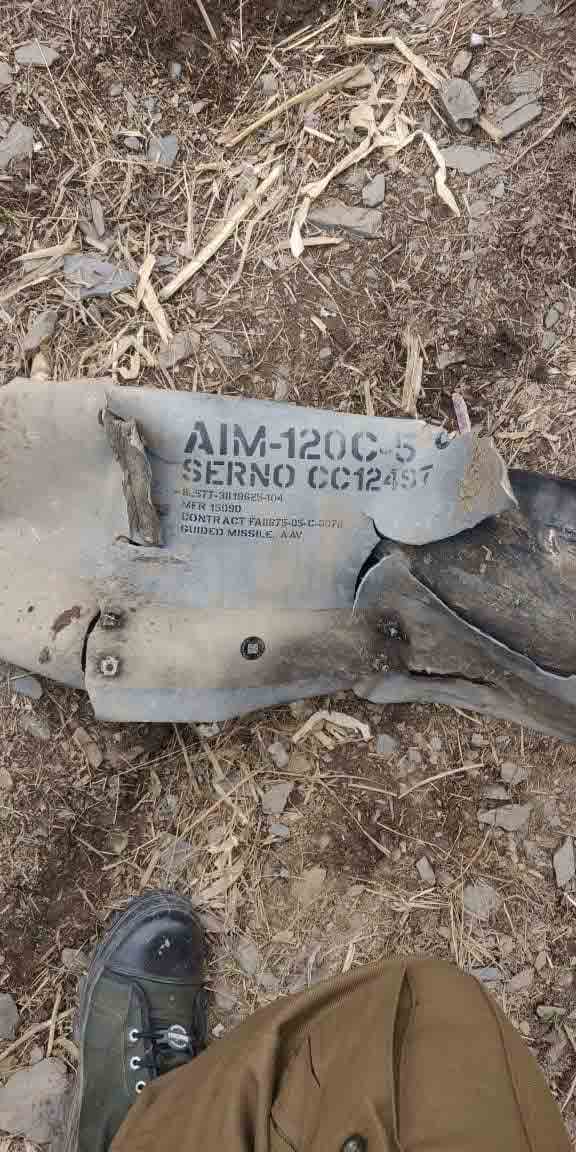 Amid heightened tension between India and Pakistan, highly placed government sources on Thursday confirmed that at least 20 fighter aircraft of Pakistani Air Force (PAF) had crossed into the Indian side in Naushera on Wednesday morning to target Indian military installations but were intercepted by IAF's MiG 21s. The MiGs chased the PAF jets and shot down one of the planes which fell in PoK.

One MiG 21 too was shot down by the Pakistani forces and the IAF pilot Wing Commander Abhinandan Varthaman captured. Defying the Geneva Convention, the Pakistani armed forces released videos of the IAF wing commander where he is seen and heard giving out his rank, name, service number, religion and marital status.

The Indian Ministry of External Affairs came down heavily on Pakistan for the vulgar display of the injured IAF officer and demanded that he be handed back safely. India issued a demarche to Pakistan on Wednesday evening, saying Islamabad must ensure that no harm is done to the Indian defence personnel in its custody.

Here's everything you need to know about AMRAAM:

Designed with a 7-inch (180mm) diameter form-and-fit factor, and employing active transmit-receive radar guidance instead of semi-active receive-only radar guidance, it has the advantage of being a fire-and-forget weapon when compared to the previous generation Sparrow missiles.

When an AMRAAM missile is launched, NATO pilots use the brevity code Fox Three.

The AMRAAM is the world's most popular beyond-visual-range missile, and more than 14,000 have been produced for the United States Air Force, the United States Navy, and 33 international customers. The AMRAAM has been used in several engagements and is credited with ten air-to-air kills.