They will mostly be used by India’s first mountain strike corp in combat-like situations with neighbouring China. 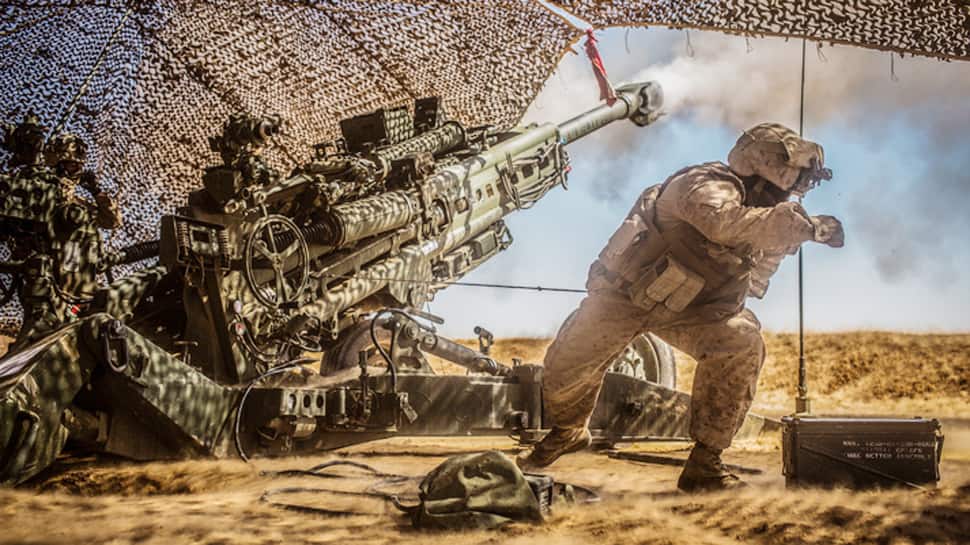 After a gap of almost 30 years, the Indian Army is set to get two new artillery guns  – Ultralight Howitzer M-777 and Self-Propelled K-9 Vajra. The guns will help the forces target the enemy even in hilly regions. Union Defence Minister Nirmala Sitharaman on Tuesday will induct them into the India Army at the School of Artillery near Nashik in Maharashtra.

A contract has been inked with the United States of America for as many as 145 ultralight Howitzer M-777, of which 25 will be brought to India in combat-ready condition. The remaining 125 guns will be made in India with the help of Mahindra Defence. The supply of the guns is expected to begin March 2019.

At a rate of five guns every month, the Indian Army will get all the weapons by 2021. The range of the gun is up to 30 km and since they are not heavy, they will also help the forces during combat in hilly regions.

The guns can be transported using helicopters as well. They will mostly be used by India’s first mountain strike corp in combat-like situations with neighbouring China.

The self-propelled K-9 Vajra is being built with the help of South Korea. Each such gun can move at a speed of 67 km per hour, irrespective of the landscape and terrain, with five personnel in each. They can target enemy positions at a distance of 30-40 km. The Indian Army will get 100 K-9 Vajras.

India had bought the Bofors artillery guns in the late 1980s, but the deal was marred with allegations of corruption. Scarred by the charges, no deal was inked for artillery guns for almost three decades.