The operations of numerous mail and express special trains were halted due to the second wave of coronavirus in the country. 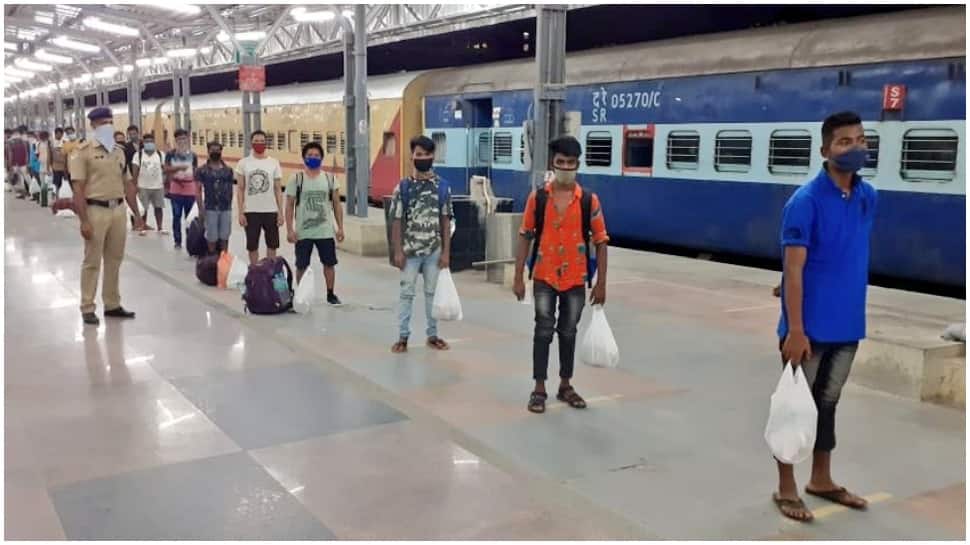 The operations of numerous mail and express trains were halted due to the second wave of coronavirus in the country.

The step has been taken by the Eastern Railway and the announcement on the same was made on their official Twitter account. 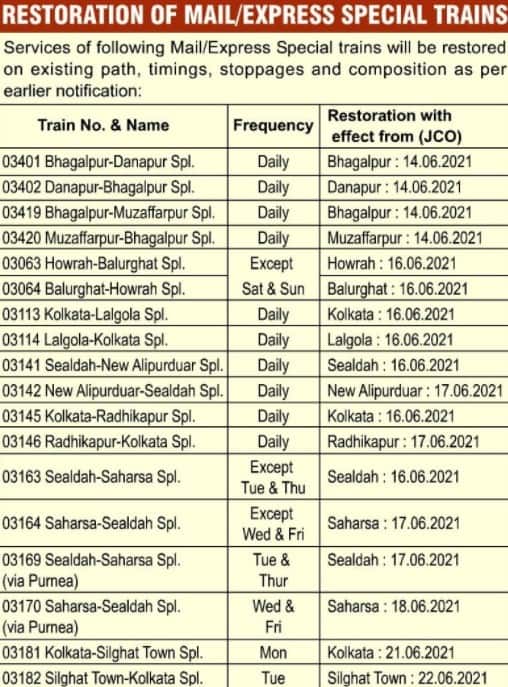 The Eastern Railways also revised the time schedule of the Bhagalpur-Mumbai Central Special at Farrukhabad, Kasganj and Mathura stations. 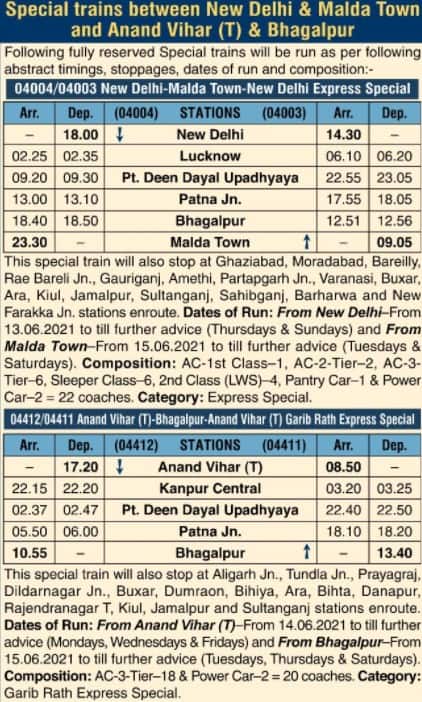 The Western Railway has also announced to restore the run of a Superfast Special train between Madgaon (Goa) and Hazrat Nizamuddin (Delhi) via Vasai Road-Surat-Vadodara from June 18 onwards. 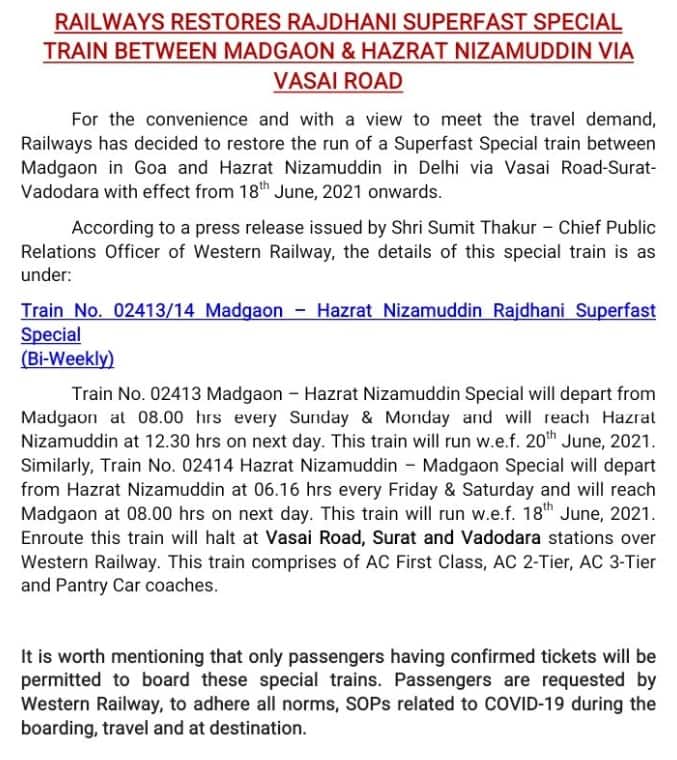 It has also extended trips of several other special trains.

For the convenience of passengers and with a view to meet the travel demand, trips of 11 pairs of Special Trains are being extended.

The booking of extended trips will open on 11th June, 2021 at nominated PRS counters & on IRCTC website. pic.twitter.com/zScmlrftB6

For the convenience of passengers trips of Special trains between Ahmedabad & Samastipur, Okha &Guwahati and Rajkot & Samastipur are being extended.

The booking of extended trips will open on 11th June, 2021 at nominated PRS counters & on IRCTC website. pic.twitter.com/NHBEvKSQ6R

The booking of all these trains can be done via PRS counters and on the internet.

This is to be noted that India on Sunday (June 13) recorded its lowest one-day rise in the COVID-19 cases after 71 days. The country added 80,834 new infections and 3,303 coronavirus-related deaths. India's active caseload has now declined to 10,26,159, while the weekly positivity rate has dropped to 4.74% and the daily positivity rate stands at 4.25%.

So far, there have been 2.94 crore cases and 3.70 lakh fatalities across the country.