The CEC announced that during the upcoming elections in J&K, both EVMs and VVPAT (voter verifiable paper audit trail) machines would be used. 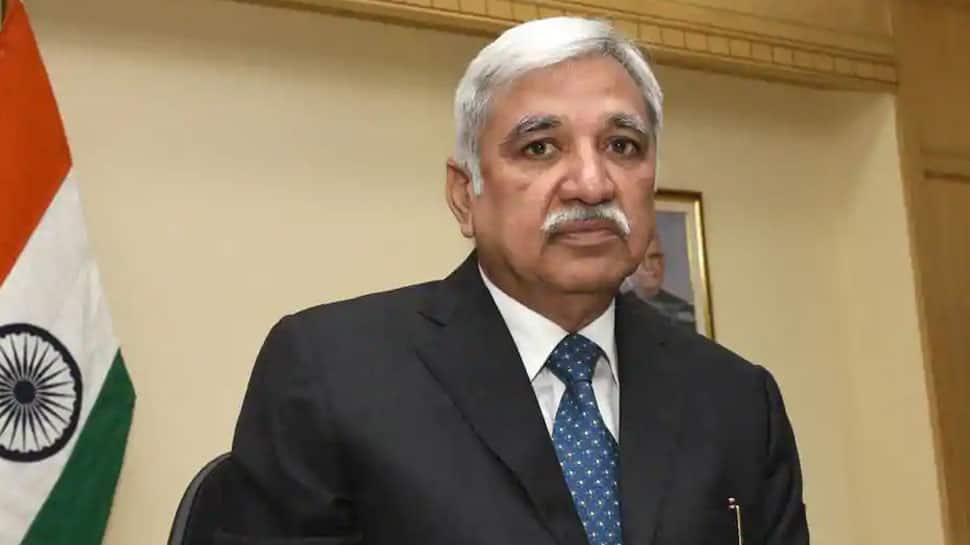 JAMMU: Chief Election Commissioner Sunil Arora said on Tuesday that almost every political party in Jammu and Kashmir and the administration are on same page in favouring simultaneous Lok Sabha and Assembly polls.

Addressing a media conference here at the end of the full Election Commission`s two-day visit to the state, he said, "Almost all the political parties we met have favoured simultaneous Lok Sabha and state Assembly elections. The state administration has also favoured holding them simultaneously.

"During their presentations to us, no official sounded alarmist about the holding of the polls together."

The CEC said that the political parties said after the large voter turnout in the panchayat and urban civic body polls in the state, there should be no reason for not holding the Lok Sabha and assembly elections jointly.

"Political parties wanted free and fair elections. It is the mandate of the commission to hold ethical and inclusive elections.. those which are free and fair.

"With regard to the holding of elections in the state, the Commission would be making the final announcement in New Delhi," he said.

Announcing that during the upcoming elections in J&K, both EVMs and VVPAT (voter verifiable paper audit trail) machines would be used, the CEC sought to allay concerns about the EVMs.

"It is the voter and not the EVM that votes. I fail to understand why the EVM is used as a football? The EVM is fine if one wins and it is faulty if you lose.

"We have some of the finest teams of experts taking care of the EVMs and there should be no misgiving about these machines," he said.

Leaders of seven national and three regional parties met the commission and demanded that both the Lok Sabha and the Assembly elections should be held together.

The Commission had detailed discussions about the ground situation with all the Deputy Commissioners and Senior Superintendents of Police of all the state`s 22 districts, and also obtained feedback from the Divisional Commissioners and zonal police chiefs of Jammu and the Kashmir Valley.

The commission members had a detailed meeting with state Chief Secretary B.V.R. Subrahmanyan and police chief Dilbag Singh before flying back to Delhi in the evening.