Chief Minister Nitish Kumar on Sunday said that the Janata Dal (United) will fight the upcoming Bihar Assembly elections in coalition with the National Democratic Alliance (NDA) and will win more than 200 seats. 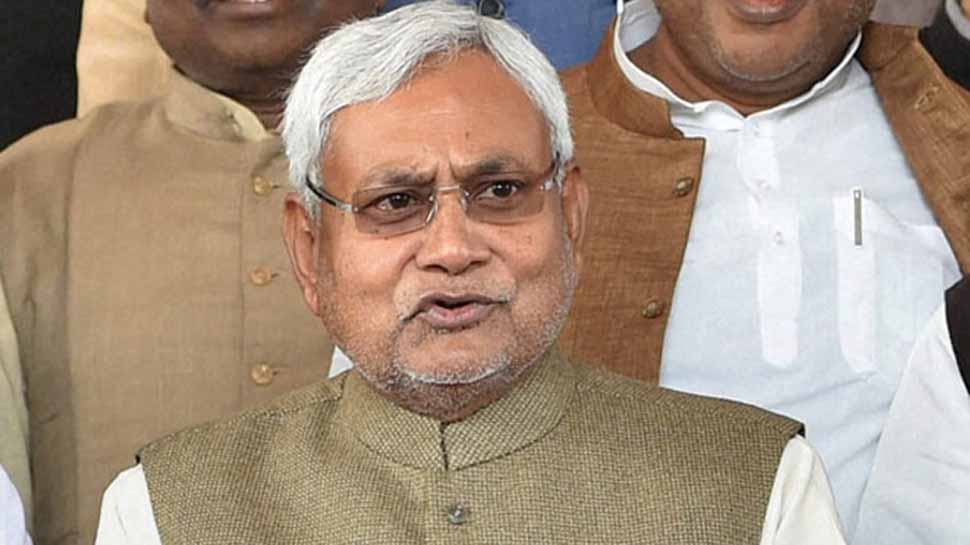 Patna (Bihar): Chief Minister Nitish Kumar on Sunday said that the Janata Dal (United) will fight the upcoming Bihar Assembly elections in coalition with the National Democratic Alliance (NDA) and will win more than 200 seats.

"We will contest the Bihar Assembly Elections in coalition with NDA (National Democratic Alliance) and win more than 200 seats," Kumar said at a meeting of the party workers in Patna.

Speaking about the National Population Register (NPR) exercise, the Bihar CM once again reiterated his stand by saying, "As far as NPR is concerned, it will be on the basis of 2010 format and we have also passed the resolution in the State Legislative Assembly."

Speaking about the big changes which have come in his rule in the state, Kumar said that major improvements have been made in the healthcare sector in the state. "Till 2005, just 18 per cent vaccinations were being done and now it has reached 86 per cent, and our goal is to make it complete and take Bihar to the top 5 states in the country in this aspect. The work done during the pulse polio campaign in Bihar led to the eradication of polio in the country," he said.

"We are also opening many new hospitals, medical colleges and are ensuring the presence of doctors in the existing ones," he added. The Chief Minister also said that major work on improving the infrastructure has also been carried out in Bihar.

Bihar is scheduled to go for Assembly polls in the second half of this year for the 243 seats in the state Assembly.