PM Modi said the Congress has never believed in coalition politics, and have "treated allies like puppets in lieu of support." 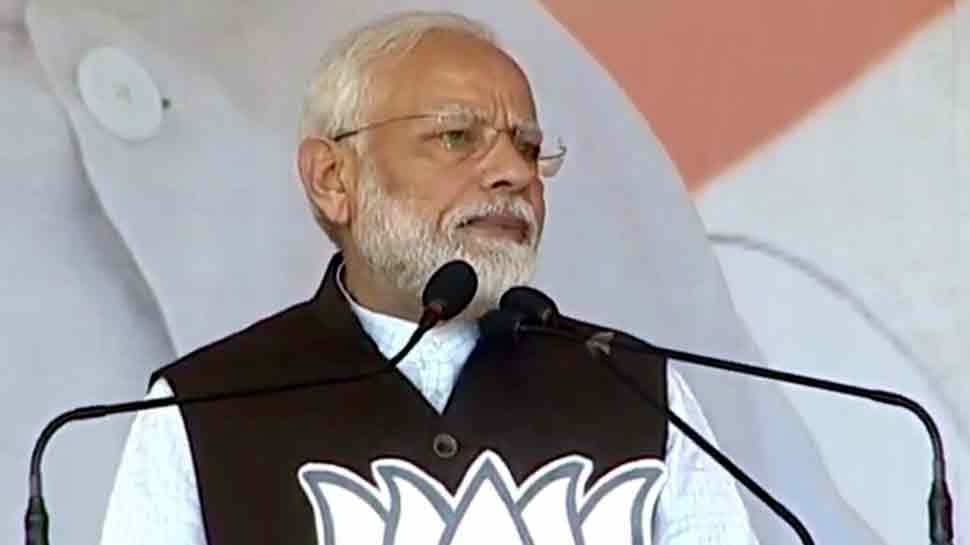 Ranchi: Prime Minister Narendra Modi on Monday (December 9) welcomed the bypoll results in Karnataka and said that those who formed the government through backdoor ignoring people`s mandate have been taught a lesson, while addressing a rally in Hazaribagh.

The Prime Minister said, "The Karnataka bypoll results is answer to the Congress which grabbed the power through backdoor. It is also answer to all states where the mandate of people has been ignored," adding "The people of Jharkhand should also learn from Karnataka. The situation like Karnataka should not crop up in Jharkhand after the polls."

He said the Congress has never believed in coalition politics, and have "treated allies like puppets in lieu of support."

Notably, the BJP achieved a landslide victory in Karnataka Assembly by-elections, as it won 12 of the 15 seats it contested on December 5.

Modi warned, "If there is a hung Assembly, Jharkhand will witness Karnataka like situation," and cautioned people that they would not get the benefit of the central government`s schemes if BJP is not voted back to power.

The Prime Minister also held the opposition parties responsible for Jharkhand`s deficiencies. He said "The BJP governments in the state and at the Centre have worked honestly for the development of Jharkhand. There are many such projects which could have happened earlier too. Had these projects been implemented, then the opportunities for trade and employment could have increased manifold but Congress, RJD and JMM`s ill-intentioned moves led to faulty policies."

Addressing an election rally in Barhi, he said: "The Congress had no intention to develop Jharkhand. Even the money which used to come from the Centre was misused. Any state, which is rich in natural resources, has never been allowed to develop by these parties."

Congress leader Rahul Gandhi on Monday (December 9) slammed Prime Minister Narendra Modi and questioned his silence over the recent rape cases that shook the nation. Addressing a rally in Ranchi, Rahul Gandhi said, "Have you made New India? Every day women are being raped... Uttar Pradesh MLA raped a woman. Narendra Modi didn`t even utter a word."

He said if Congress comes to power in Jharkhand, it will "waive off farmers` loans after forming the government," adding "We will pay them Rs 2,500 for grains (dhaan) and your land will stay protected." Rahul promised 27 per cent reservation for the OBCs if a Congress government is formed in the state.

Jharkhand, which has an 81-member Assembly, is undergoing polling in five phases. The first phase of the election in the state took place on November 30, the second round was held on December 7, while voting for the third phase will be held on December 12.

Hats off to Telangana CM KCR, police for what they did: Jagan Reddy on Hyderabad encounter