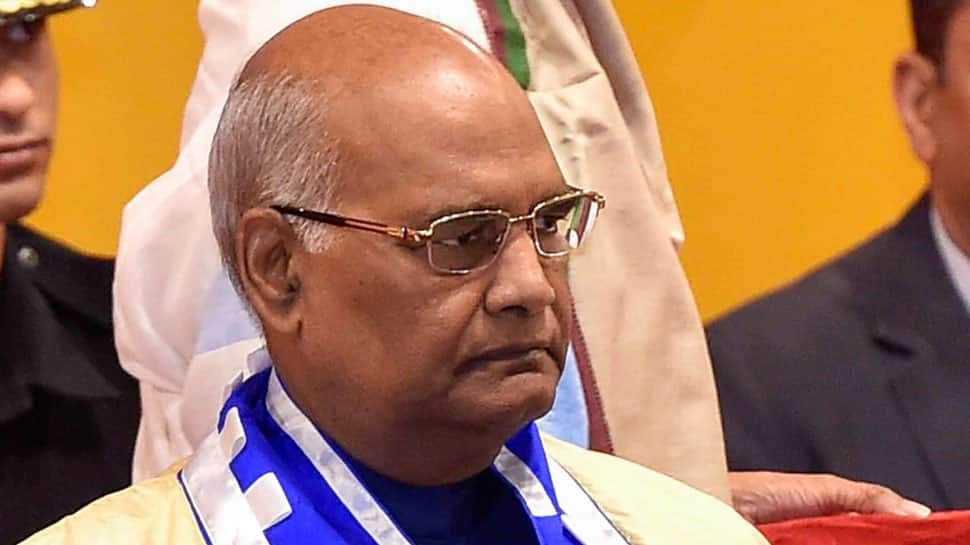 NEW DELHI: President Ram Nath Kovind Tuesday signed the Article 370 gazette, revoking the special status to Jammu and Kashmir. The move came after both Houses of Parliament passed a resolution in this regard.

The notification issued on Tuesday, signed off by President Ram Nath Kovind, states, "In exercise of the powers conferred by clause (3) of article 370 read with clause (1) of article 370 of the Constitution of India, the President, on the recommendation of Parliament, is pleased to declare that, as from the 6th August, 2019, all clauses of the said article 370 shall cease to be operative...."

"All provisions of this Constitution, as amended from time to time, without any modifications or exceptions, shall apply to the State of Jammu and Kashmir notwithstanding anything contrary contained in article 152 or article 308 or any other article of this Constitution or any other provision of the Constitution of Jammu and Kashmir or any law, document, judgement, ordinance, order, by-law, rule, regulation, notification, custom or usage having the force of law in the territory of India, or any other instrument, treaty or agreement as envisaged under article 363 or otherwise,"  it added.

The scrapping of Article 370 was announced by Home Minister Amit Shah in Parliament amid uproar by opposition parties. The decision is in line with what the BJP had promised in its manifesto before the Lok Sabha election 2019. The Centre also reorganised the state of Jammu and Kashmir into two UTs with two Lieutenant Governors. While Jammu and Kashmir will have a legislature, Ladakh will be a UT without a legislature.

Punjab government steps up security after threat of attack by JeM, LeT terrorists