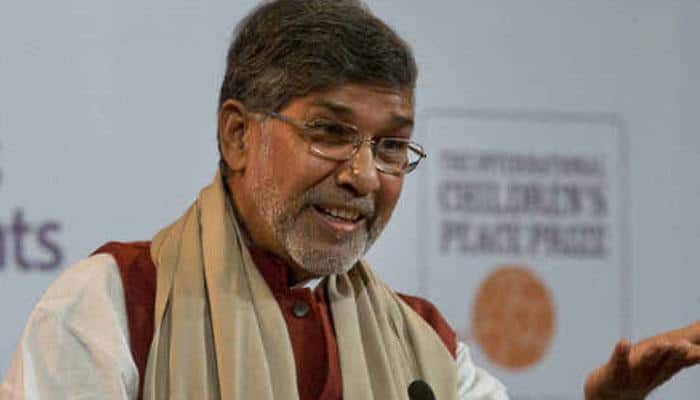 The 11,000-kilometre 'yatra' will tour 22 states, starting from the coastal city Kanyakumari in Tamil Nadu. The journey will culminate on October 16 in the national capital.

Earlier while talking to reporters,  the 2014 Nobel Peace Prize winner had said,"One of the major demands through this campaign is that Parliament passes a stringent law against human trafficking, including child trafficking."

Asserting that he has declared a war against rape, sexual abuse and child trafficking, Satyarthi had said,"Bharat Yatra, the biggest movement in history will make India safe again for children. I refuse to accept that the innocence, smiles and freedom of our children can keep getting stripped and raped. These are not ordinary crimes. This is a moral epidemic haunting our nation."

“Our children are not safe either in homes, schools or neighbourhood or anywhere and the perpetrators (of such crimes) roam freely. We just cannot wait and watch,” he had stated.

Though the Protection of Children from Sexual Offences (POCSO) Act is a good law, the conviction rate under it is just four per cent. Also, over 90 per cent cases, lodged under the Act, are pending in the courts, Satyarthi had cited.

According to him, it will take another 40 years to clear a large number of such cases pending in some states.“Every eight minute a child goes missing and the child is basically trafficked for sexual abuse, for prostitution, forced labour, slavery, child marriage, organ transplantation and other purposes,” he said.

“If we have to make a ‘New India’, which we aspire and are committed to, then our girls and boys should be safe in their homes, schools and their neighbourhood. ‘New India’ would be one where all children are safe, free and educated, and this is a movement for that,” he had said.

Meanwhile, condemning the recent atrocities against the two victims of sexual abuse-one in Ryan International School, Gurugram, and the other in Tagore Public School, Delhi, Nobel Peace laureate Kailash Satyarthi stated that schools in India are not safe for children anymore, reiterating that security measures need more stringent review.