Karnataka crisis: Section 144 imposed in Bengaluru till Wednesday after clashes between BJP and Congress workers

The Congress workers protested outside an apartment on Race Course Road in Bengaluru alleging that independent MLAs were lodged here that led to the clashes. 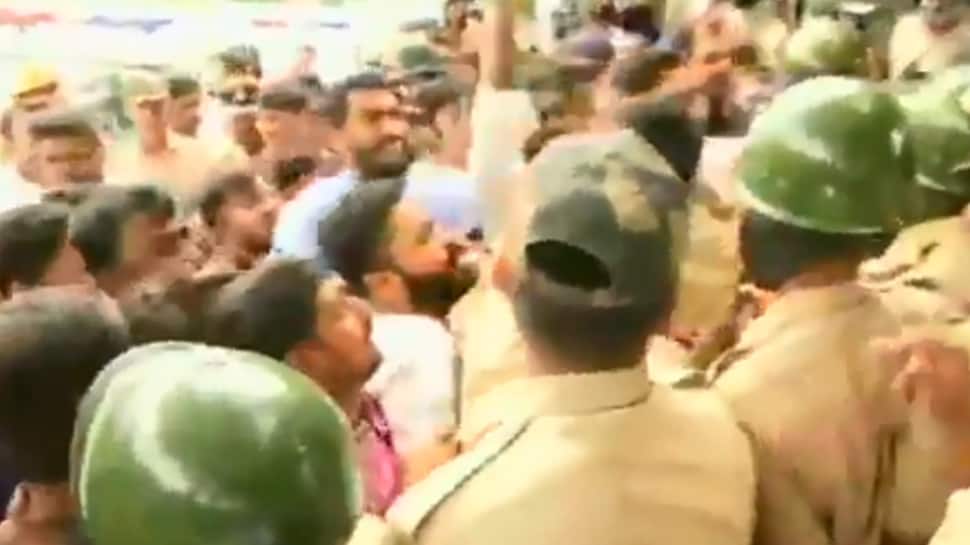 The Bengaluru Police on Tuesday evening imposed Section 144 across the city till Wednesday, after clashes were reported between the workers of the Bharatiya Janata Party (BJP) and Congress.

Bengaluru Police Commissioner Alok Kumar informed that all the pubs and wine shops will be closed till Thursday. He added that if anyone is found violating the rules, they will be punished. The orders came into effect on Tuesday evening.

"Today and tomorrow we are imposing Section 144 across the city. All pubs, wine shops will be closed till 25th. If anyone is found violating these rules, they will be punished," said Kumar.

Section 144 of the Criminal Procedure Code (CrPC) prohibits the assembly of five or more people at one spot.

#WATCH Karnataka: Congress workers protest outside an apartment on Race Course road in Bengaluru alleging that independent MLAs have been lodged here. pic.twitter.com/sNyTnr6bZR

The Congress workers protested outside an apartment on Race Course Road in Bengaluru alleging that independent MLAs were lodged here that led to the clashes. The agitating workers were taken away by the police later.

The development comes ahead of the trust vote in the state assembly. It is to be noted that members of the ruling Congress-Janata Dal-Secular (JDS) had urged Assembly Speaker KR Ramesh Kumar to grant some more time to complete trust vote.

Senior Congress leader Siddaramaiah on Tuesday accused the BJP government of attempting to topple the ruling Congress-JD(S) coalition using bribery and "wholesale trade" of rebel MLAs. Speaking in the proceeding in the Karnataka Assembly over the motion of confidence moved by chief minister HD Kumaraswamy, Siddaramaiah said, "This wholesale trade is a problem. If there is retail trade of one or two members then it`s not a problem. The MLAs (rebel) who have gone have indulged in wholesale trade. Rs 25 crore, Rs 30 crore, Rs 50 crore were offered, where is this money coming from?" Siddaramaiah questioned.

The 13-month-old Congress-JDS government slumped into a minority earlier in July following the resignations of 16 dissident MLAs from the Assembly. Speaking in the Assembly, Karnataka Minister and Congress` chief troubleshooter, D K Shivakumar, on Tuesday said that rebel MLAs staying in Mumbai have backstabbed them, not the BJP, and warned the saffron party that it will be its turn next. The Assembly has 225 members, including one nominated MLA. The halfway mark in the House is 113.