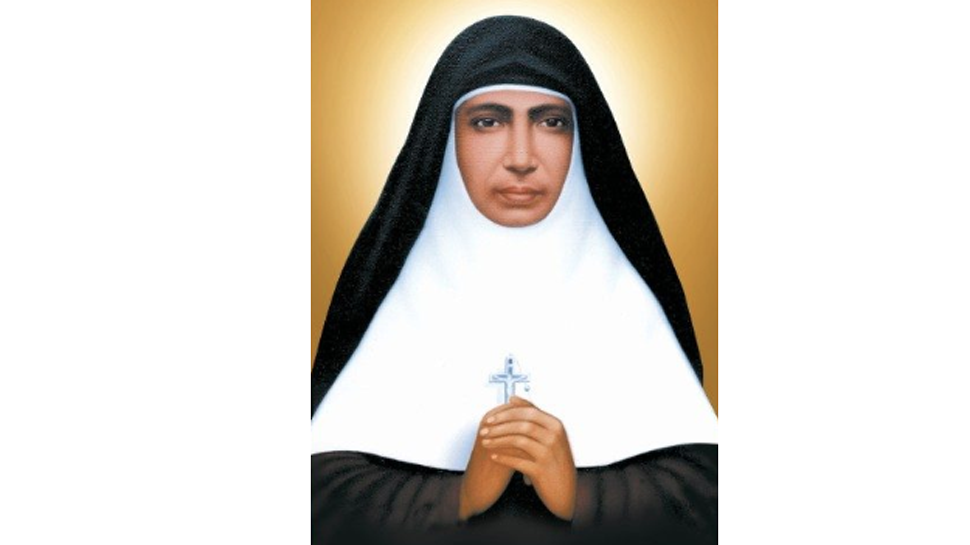 Pope Francis will canonize or recognise five new saints including Sister Mariam Thresia from Kerala, India, on Sunday. Minister of State for External Affairs V Muraleedharan, who himself is from the southern Indian state of Kerala, will be representing India during the ceremony. She will be canonized at Mass in St. Peter's Square along with Cardinal John Henry Newman, Giuseppina Vannini, Dulce Lopes Pontes, and Marquerite Bays.

According to the Vatican, she had "mystical experiences, including the gift of healing and prophesy".Born in 1876, and named after Saint Teresa of Avila, she was the founder of Congregation of the Holy Family of Thrissur district in Kerala.

Sister Mariam Thresia, born on 26 April 1876 in Thrissur was beatified by Pope John Paul II on 9th April 2000. Beatification is the being of the process of canonization. According to the Vatican, she received stigmata or appearance of bodily wound corresponding to crucifixion wounds of Jesus Christ around wrists and feet, something she kept as a secret.

Many miraculous cures have been linked to her including of one Mathew Pellissery who had congenital club feet but was cured after praying and invoking the help of Mother Mariam Thresia. Mathew's case was examined by the Vatican that played a role in  Mother Mariam Thresia's sainthood.