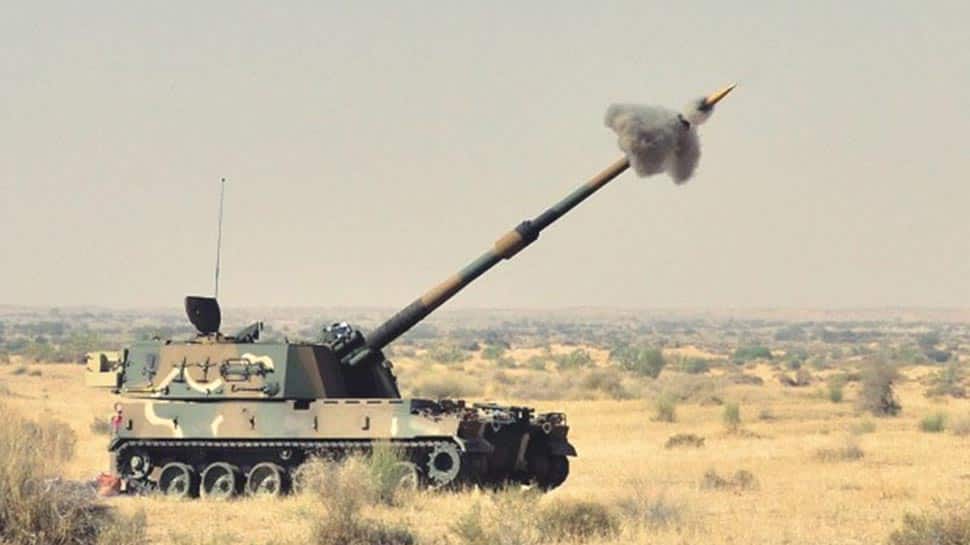 Indian Army will soon have the deadly K9 VAJRA-T 155mm/ 52 calibre tracked self-propelled howitzer in its arsenal. The gun developed and built by developed by Larsen and Toubro (L&T) Defence is likely to enter service by the end of May 2018.

According to its makers, the K9 VAJRA-T 155mm/ 52 calibre tracked self-propelled howitzer meets the requirements of 21st-century warfare. The howitzer is capable of proving deep fire support with its longer firing range, has qualitative superiority to overcome a numerical inferiority with its higher rate of fire and accuracy along with effective and reliable fire support in all kinds of circumstances with its higher mobility and protection.

The K9 VAJRA-T is a variant of the South Korean K9 Thunder which is considered by defence experts to be the world's best 155mm/52 calibre self-propelled howitzer in terms of the number of systems in active service. The K9 Thunder development programme started in 1989 and the first gun entered service with the South Korean Army in 1999.

At present several armies across the world have the K9 Thunder in their arsenal. The gun has a proven track record of delivering devastating firepower in extreme weather conditions, jungles, barren deserts and severely cold areas. The K9 VAJRA-T is capable of firing Indian as well as all NATO standard ammunition and has been modified to ensure smooth operations in the desert environment of Rajasthan.

L&T had joined hands with South Korea's Hanwha Tech Win (HTW) to win the bid in May 2017 to deliver 100 howitzers at a cost of nearly Rs 4,500 crore under the government's 'Make In India' initiative in 42 months. The guns have over 50 per cent indigenous components.

Under the contract, L&T brought 10 K9 VAJRA-T from South Korea while the rest 90 are being manufactured at L&T's Strategic Systems Complex in Talegaon near Pune. L&T is also constructing a production line for K9 VAJRA-T at Hazira in Gujarat.