The former finance minister was arrested in the INX Media corruption case. 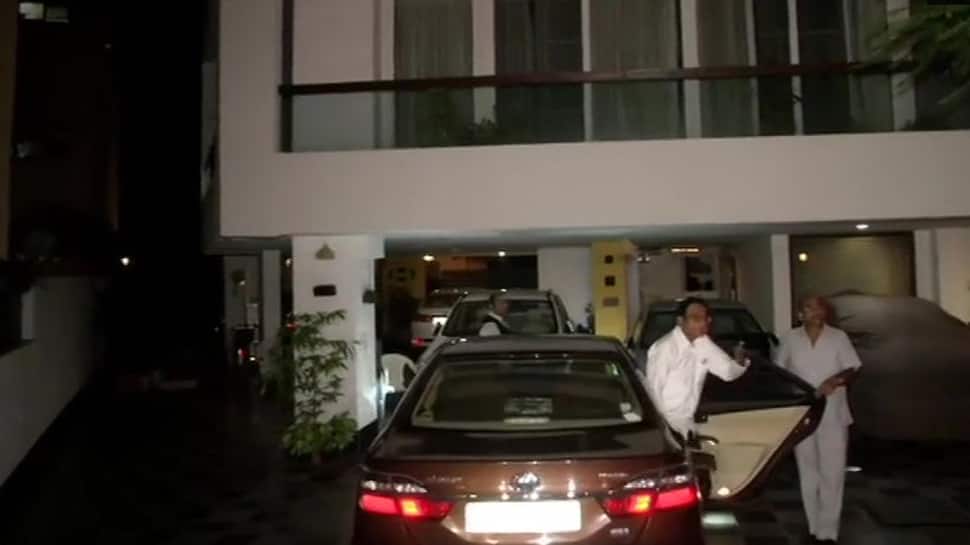 NEW DELHI: High level of drama unfolded after Congress leader P Chidambaram, missing for over 25 hours, surfaced at the Congress headquarter in the national capital on Wednesday night. The former finance minister was later detained in the INX Media case. Addressing a press conference, Congress leader denied all charges and defended himself.

A seven-member CBI team arrived at the party office soon after Chidambaram left for his home in Delhi's Jor Bagh area. He was accompanied by members of his legal team, consisting of top lawyers and Congress members Kapil Sibal and Abhishek Manu Singhvi, and other party leaders.

The team soon came knocking at Chidambaram's home but found the gates locked. The team then jumped over the boundary wall to enter the premises. Another team of ED officials also joined the hunt and reached on spot.

After some time, Chidambaram was detained and taken away to CBI headquarters.

In his brief press conference, Chidambaram alleged political vendetta and said he was aghast on being accused of running away from law. “On the contrary I was seeking the protection of law,” he said.

“I believe that the foundation of a democracy is liberty, most precious article of the constitution is Article 21 that guarantees life and liberty. If I'm asked to choose between life and liberty, I will choose liberty,” he added.

“My name is not even in the FIR. These are just lies being spread by pathological liars. I sought protection from arrest which was awarded by the high court. I enjoyed this protection for 15 months. Yesterday, they dismissed the appeal. We moved SC for interim protection from arrest. I was working with my lawyers whole yesterday night. Today I was in court proceedings. I was not running away. I was seeking protection. My case will be heard on Friday. I bow down to the court, I respect the law. I request the agencies to respect the law as well. I have full faith in democracy," said the Congress leader, adding that no charge sheet was filed by either ED or CBI.

Earlier on Wednesday, the Chief Justice of India turned down the Congress leader's urgent bail plea. The matter is now likely to be taken up on Friday. The CBI and the ED also filed a caveat in the top court, asking it to hear their side before deciding on Chidambaram's plea. The Delhi High Court had also dismissed Chidambaram`s both anticipatory bail pleas in connection with INX Media case on Tuesday.

From Tuesday night till Wednesday morning, two separate teams of Central Bureau of Investigation (CBI) and Enforcement Directorate (ED) have been trying to arrest Chidambaram and issued lookout notices.

The INX Media case relates to an FIR registered by the CBI on May 15, 2017, over alleged irregularities in the Foreign Investment Promotion Board (FIPB) clearance provided to INX Media for receiving overseas funds to the tune of Rs 305 crore in 2007, when Chidambaram was the Union Finance Minister.  The ED had lodged a money laundering case in this regard in 2018.

The ED and the CBI are probing how Chidambaram`s son Karti Chidambaram managed to get FIPB clearance in 2007 when his father was the FM.

Karti was arrested on February 28, 2018, by the CBI for allegedly accepting money to facilitate the FIPB clearance to INX Media. He was later granted bail.