It is now the turn of NCP, the third largest outfit, in the 288-member Maharashtra Assembly to try and cobble up the numbers to reach the majority mark of 145. 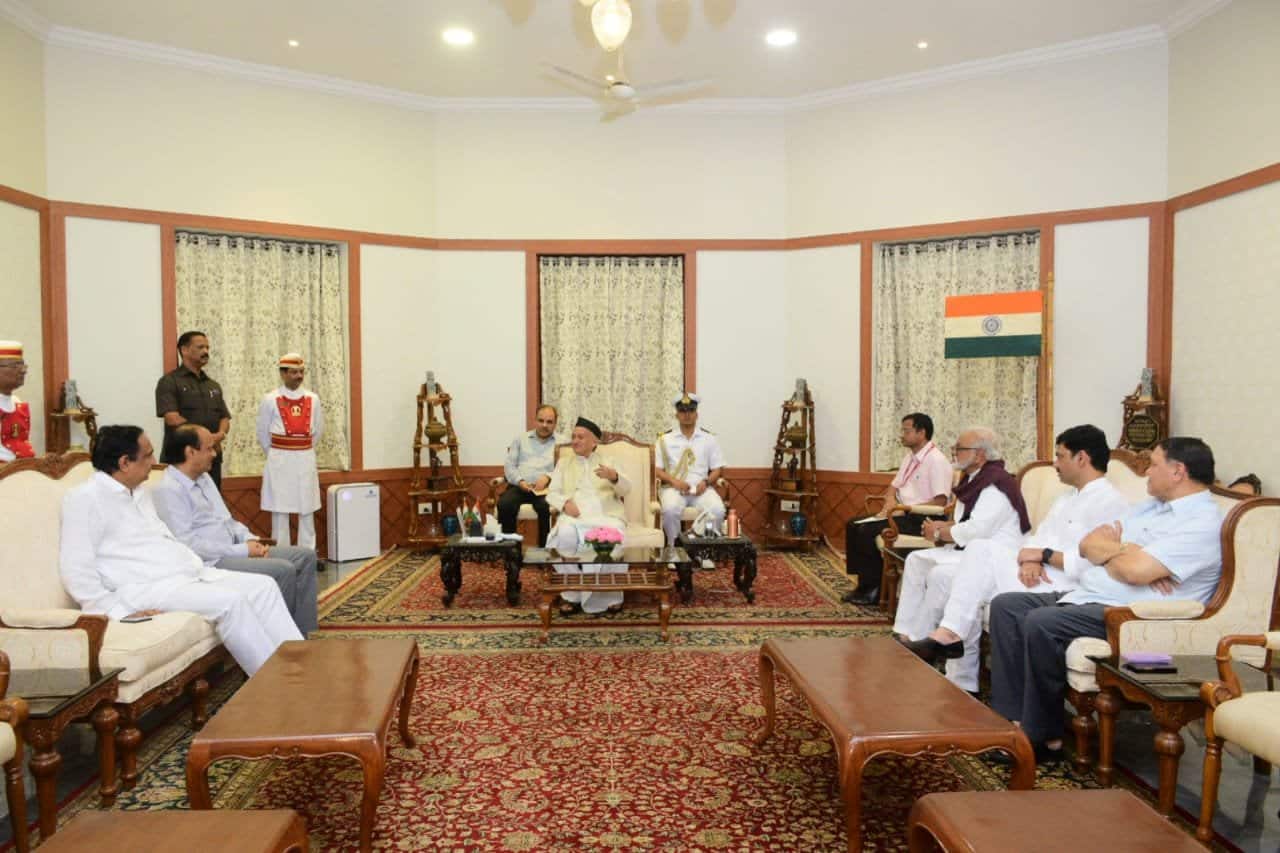 Maharashtra is witnessing a prolonged political drama and there is no government in sight even 19 days after the assembly election results. The exercise of government formation in Maharashtra took several turns on Monday with the Shiv Sena failing to get the unconditional support of the Congress-Nationalist Congress Party combine. Later on Monday evening, Maharashtra Governor Bhagat Singh Koshyari invited the NCP to form a government in the state.

So, after the single largest party Bharatiya Janata Party (105 MLAs) and Shiv Sena (second with 56), it is the turn of the third largest outfit in the 288-member Maharashtra Assembly to try and cobble up the numbers to reach the majority mark of 145.

Earlier in the day the Shiv Sena seemed confident of getting the numbers and its leaders met Governor Bhagat Singh Koshyari to stake claim to form government in the state. But their demand for three more days to cobble up the requisite numbers was refused as the Congress and NCP played hardball.

After dumping its alliance partner BJP, Shiv Sena chief Uddhav Thackeray claimed to form the government with the support of Congress-NCP combine and seven Independent MLAs. NCP spokesperson Nawab Malik on Sunday had also said the Sena will have to severe its   relations with the BJP to get the support of his party in forming a government in Maharashtra.

Union Minister of Heavy Industries and Public Enterprises and Shiv Sena MP Arvind Sawant too resigned from the Narendra Modi government on Monday morning in a bid to cement the NCP and Shiv Sena alliance.

A Shiv Sena-NCP government along with a few Independent MLAs and outside support of the Congress looked very obvious till the last moments as it earlier claimed to have majority mark of 145 in the state Assembly. With 56 MLAs, Shiv Sena claimed the support of 7 Independents along with 54-MLAs of NCP and Congress' 44. All together, the alliance appeared to have 161 legislators on their side.

A meeting between Thackeray and Pawar took place in the evening. Shiv Sena's youth face Aaditya Thackeray was also present the meeting held at Hotel Taj Land, Mumbai. The meeting was considered very crucial as the outcome of it was to decide the NCP-Congress support to Shiv Sena to form the government in Maharashtra.

Mallikarjun Kharge along with senior Maharashtra Congress leaders too met at Sonia Gandhi's residence at 10, Janpath in Delhi to discuss the political situation in Maharashtra. "We've already issued a press note and we've mentioned that we've already discussed with working committee members and our PCC leaders. Our AICC President has spoken to Sharad Pawar ji. Further discussion will take place in Mumbai tomorrow (Tuesday)." The statement meant the numbers which Shiv Sena leaders were hoping for was yet to materialise.

Amid this political developments, NCP's Ajit Pawar addressed a press conference late Monday evening to inform that his party has been invited to meet the Governor. He along with Chhagan Bhujbal and other NCP leaders met Koshyari at Raj Bhavan in Mumbai.

NCP's state chief Jayant Patil later said, "We were invited as third largest party and we will hold talks with our alliance partner about it. The party has informed governor that we will have to talk to Congress and then we will get back to him, he said, adding that the governor has given the part time till 8:30 PM tomorrow i.e, Tuesday (November 12)."

The BJP core team meeting held in the evening on Monday, however, decided to 'wait and watch' the Maharashtra political situation. The BJP had earlier refused to form the government, citing lack of numbers, despite emerging the sigle largest party winning 105 seats in the 288-member state assembly.

Amid the ongoing political drama, Shiv Sena leader Sanjay Raut was admitted to Lilavati hospital in Mumbai. Raut is expected to remain in the hospital for the next few days, following complain of uneasiness or pain in his heart. He has been suffering from chest pain for the last few days, his younger brother Sunil Raut said.