The MHA has reportedly also initiated a number of measures, including withdrawing medals, against them. 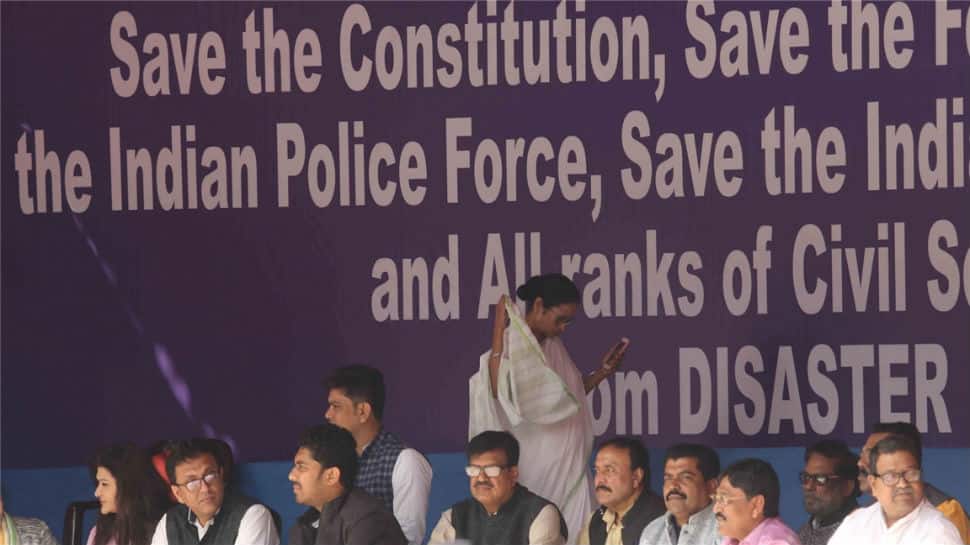 Kolkata: The Ministry of Home Affairs (MHA) on Thursday reportedly told the West Bengal government to take stern action against IPS officers who had participated in a dharna staged by CM Mamata Banerjee earlier this week. The MHA has reportedly also initiated a number of measures, including withdrawing medals, against them.

News agency ANI, quoting MHA sources, reported that the West Bengal government has been told to act as per All India Services (Conduct) Rules and take action against serving officers of uniformed forces who participated in the dharna last Monday (February 4).

The MHA may also remove names of delinquent officers from the empanelled list and bar them for a certain period from serving in the central government, ANI reported.

A number of IPS officers were reportedly present at Mamata's 'Save India' dharna at Kolkata's Metro Channel which was organised in protest against a team of CBI officials visiting Kolkata Police Commissioner Rajeev Kumar's residence. While Mamata claimed that the Centre is misusing CBI and casting aspersions on the integrity of an honest police official, CBI alleged that Kumar had  destroyed evidence when probing a chit fund scam as part of an SIT.

The matter was taken to the Supreme Court and CJI Ranjan Gogoi, while mentioning that no coercive measure may be taken against Kumar, also said that he needs to present himself before CBI and fully cooperate with investigations.