Shiv Sena has asked the Centre to promulgate an ordinance and start the construction of Ram temple. 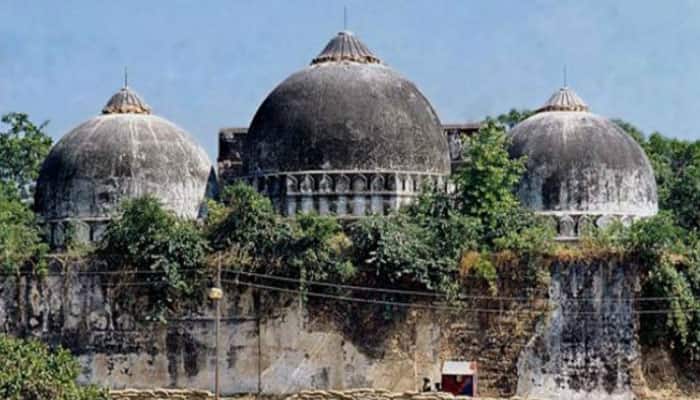 Mumbai: Ram Janmabhoomi is an emotional issue and cannot be resolved through mediation, the Shiv Sena said on Saturday, asking the Centre to promulgate an ordinance and start the construction of Ram temple.

When the country's politicians, rulers and the Supreme Court have not been able to resolve the issue so far, what would the three mediators do, the party asked.

Giving another chance for mediation, the apex court had on Friday ordered the setting up a three-member panel headed by a former SC judge FMI Kalifulla to explore a possible settlement of the decades-old politically sensitive Ram Janmabhoomi-Babri Masjid land dispute in Ayodhya.

Spiritual guru and founder of Art of Living Foundation Sri Sri Ravishankar and senior advocate Sriram Panchu, well known for his mediation experience, will be the other two members of the panel.

The Sena said the apex court has deferred a decision on the Ram Janmabhoomi dispute and the matter will now be decided only after the Lok Sabha elections.

"The only question is that if the issue could be resolved through mediation, why did the dispute continue for 25 years and why hundreds of people had to lose their lives?" it asked in an editorial in party mouthpiece 'Saamana'.

"The country's politicians, rulers and the Supreme Court have not been able to resolve the issue and what would the mediators achieve now."

"If the protesters did not want mediation on the issue for all these years, why is the Supreme Court trying to do it now? Ayodhya is not just an issue of land but is an emotional one. It has been experienced that mediation and arbitration do not work in such sensitive matters," it said.

"The deaths of hundreds of kar sevaks on Ayodhya issue cannot be forgotten," the party said and pointed out that the dispute is only about 1,500 sq ft land and not about the rest of 63 acres land.

"People strongly feel that the Centre should promulgate an ordinance and start working on the construction of Ram temple. We had said the same thing in Ayodhya," it said referring to Shiv Sena chief Uddhav Thackeray's visit to the disputed site in November 2018.

"Just as Kashmir is an issue of national identity and pride, Ram temple is also an issue of Hindu pride. But Ram is in exile in Hindustan.

For his own 1,500 sq ft of land, Lord Ram will have to hold talks with the mediators. Even the gods could not escape the legal battle. Who should be held responsible for this?" Sena asked.