Bitter rivals for years and years, Mehbooba Mufti said she has asked Farooq Abdullah of NC to convene an all-party meeting against 'recent developments that have caused a sense of panic amongst people.' 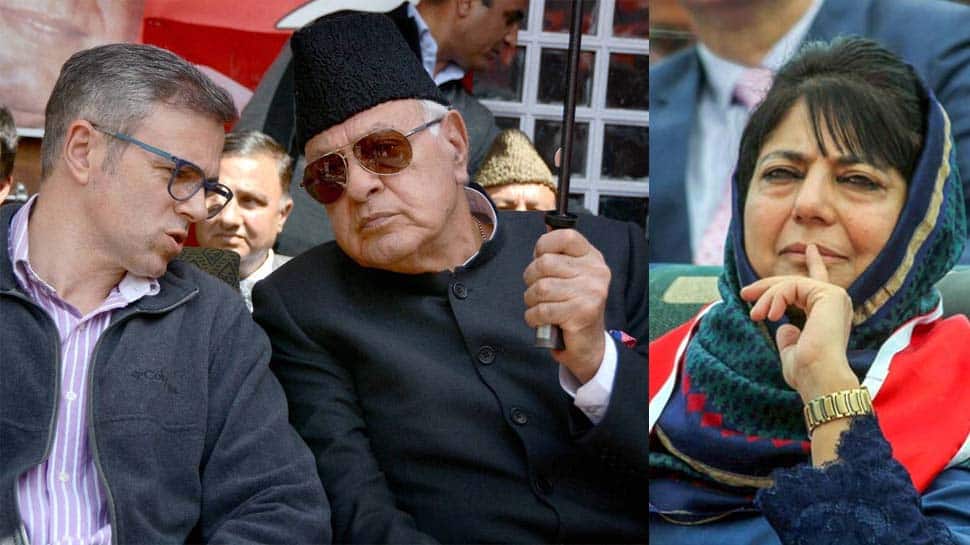 Former Jammu and Kashmir CM and Peoples Democratic Party chief Mehbooba Mufti on Monday urged political parties in the state to unite against Centre's decision to rush an additional 10,000 troops. While the Centre has said that this has been done to foil the possibility of any terror attack, Mufti has said an atmosphere of panic is being created.

Taking to Twitter, Mehbooba called out National Conference's Farooq Abdullah in particular to organise an all-party meeting. "In light of recent developments that have caused a sense of panic amongst people in J&K, I have requested Dr Farooq Abdullah sahab to convene an all-party meeting," she wrote. "Need of the hour is to come together and forge a united response. We the people of Kashmir need to stand up as one."

In light of recent developments that have caused a sense of panic amongst people in J&K, I’ve requested Dr Farooq Abdullah sahab to convene an all party meeting. Need of the hour is to come together & forge a united response. We the people of Kashmir need to stand up as one

Mehbooba may be calling for political parties in the state to unite but she has bickered and battled these very same political foes for years now. The PDP and NC have been bitter rivals in J&K, a state which continues to be under President's Rule.

The Centre's decision to deploy an additional 10,000 troops in the state, however, may unite political parties like PDP and NC as analysts say both are looking for maximum political mileage before the state election later this year. Sources in the Defence Ministry, however, have said that the main reason for additional troop deployment is to further strengthen the ongoing counter-terror operations in the Kashmir Valley.

The zero-tolerance policy towards terrorism of the Narendra Modi government has been quite detrimental to the nefarious ways of separatists and terrorist organisations across the Line of Control. NIA raids have further resulted in funds meant for carrying out terror-related activities drying up.

Mehbooba, however, has tried to project the strengthening of security as a way of creating a 'fear psychosis among locals.'

High on life, only: Bihar government officials pledge to not drink alcohol