Air Force sources said after initial probe it seems that the plane took off well but made a failed landing attempt. 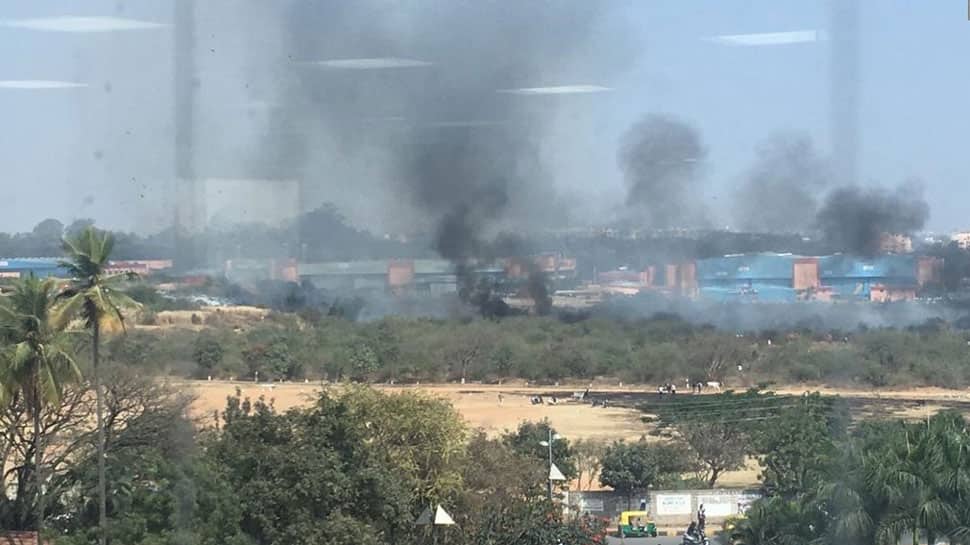 GHAZIABAD: Defence Minister Nirmala Sitharaman on Tuesday met the family of Squadron Leader Samir Abrol, who lost his life after his Mirage 2000 crashed at HAL Airport in Bengaluru on February 1.

ANI reported that the Defence Minister and the Chief Minister went to Squadron Leader Negi’s house in Dehradun and met the family members of the late Air Force official.

Air Force sources said after initial probe it seems that the plane took off well but made a failed landing attempt, which led to the breakage of the front portion of the aircraft which ultimately crashed into a gate near the runway.

The crashed at the HAL airport took place when the two pilots were taking out the Mirage to check the upgrade of avionics and electronic warfare capabilities of the planes.

Both Negi and Abrol were from the Aircraft and Systems Testing Establishment. One of the two pilots managed to eject from the plane, but he lost his life after falling on the debirs. The other pilot was rushed to a hospital but he also passed away, ANI reported.