The selfie is now a craze on the internet. It was clicked when PM Modi was escorting Donald Trump inside the venue of the Howdy, Modi! event at the NRG Stadium. 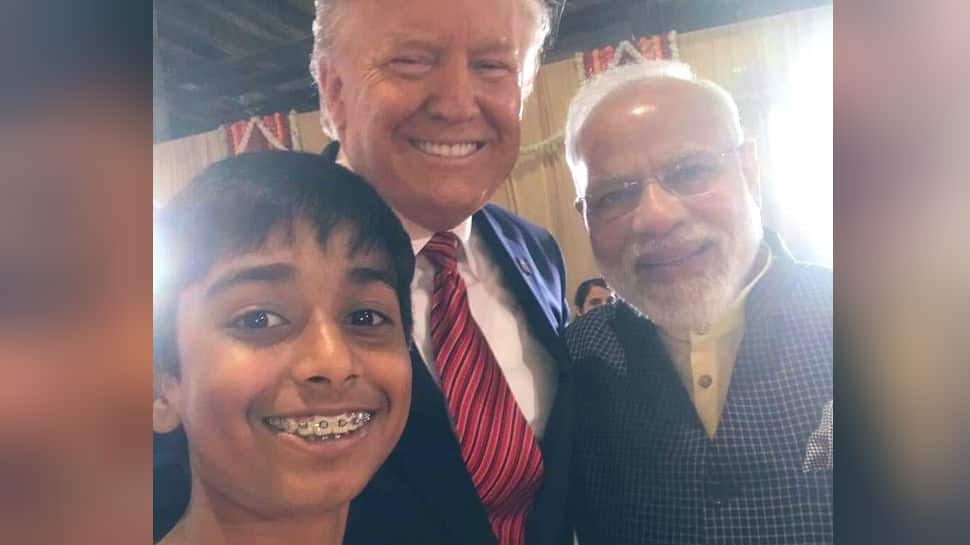 New Delhi: At the blockbuster Howdy, Modi! event in Houston on Sunday, a boy got a golden opportunity to click a selfie with Prime Minister Narendra Modi and US President Donal Trump, two of world's most powerful politicians.

The selfie is now a craze on the internet. It was clicked when PM Modi was escorting Trump inside the venue of the event at the NRG Stadium. While on their way to the dais, they were greeted by a group of children of Indian origin. As PM Modi and Trump interacted with the children, a young boy requested the two leaders for a selfie, which both the leaders happily obliged.

The Prime Minister's Office (PMO) shared a video of it on Twitter and described it as, "Memorable moments from #HowdyModi when PM @narendramodi and @POTUS interacted with a group of youngsters."

Memorable moments from #HowdyModi when PM @narendramodi and @POTUS interacted with a group of youngsters. pic.twitter.com/8FFIqCDt41

The video was also shared by Union Minister of State for Finance Anurag Thakur, who called it an 'epic selfie' and put up a challenge for the netizens to find the actual selfie. Later, he tweeted the selfie and said, "A Selfie for Lifetime!"

A Selfie for Lifetime!

Well done Tweeples you found it !

More than 50,000 Indian-Americans attended the Howdy, Modi! event. The scale and grandeur of the event can be estimated by the fact many Congressmen, senators, Houston Mayor were in attendance apart from President Trump, of course.

Chhattisgarh: No relief expected from humid weather till Thursday