National Conference leader Farooq Abdullah's detention on Saturday was extended by three months under the stringent Public Safety Act in Jammu and Kashmir. 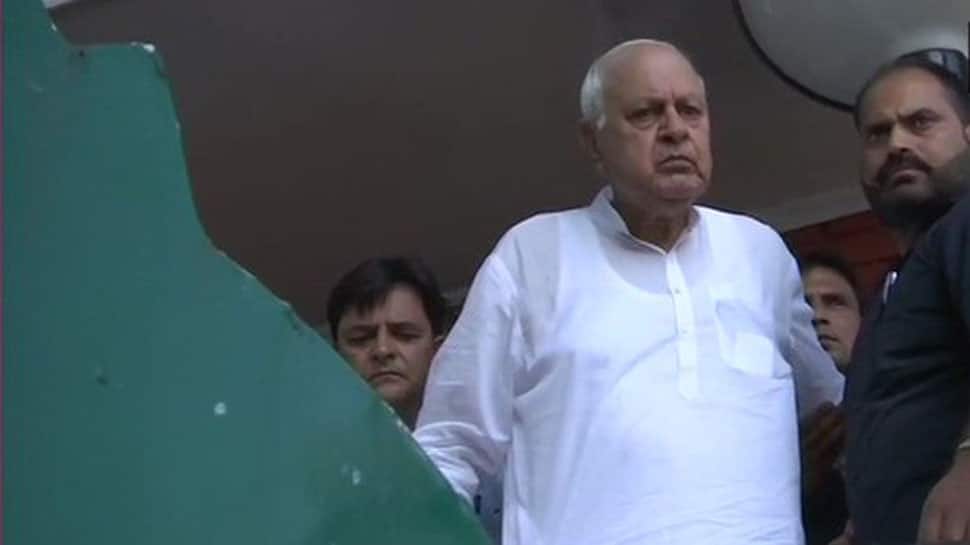 The Jammu and Kashmir administration on Saturday extended the detention of National Conference leader Farooq Abdullah by three months under the stringent Public Safety Act, according to officials. The three-term chief minister of the erstwhile Jammu and Kashmir state would continue to remain at his residence which has been declared a sub-jail. A day before August 5, 2019, when Union Home Minister Amit Shah announced the decision on withdrawal of Article 370 from Jammu and Kashmir, the government imposed massive security measures in the state, including blocking all phone and internet lines, evacuating tourists, and detaining several prominent leaders.

Reacting to it, West Bengal Chief Minister Mamata Banerjee called it an "unconstitutional step". Taking to Twitter, the Chief Minister said that Abdullah`s detention extension under the Public Safety Act was a "very sad state of affairs". "Farooq Abdullah detention extended by three months under Public Safety Act... This is a very sad state of affairs. In our democratic country, this is happening. These are unconstitutional steps," he said.

Hundreds of political leaders in Jammu and Kashmir, including PDP supremo Mebooba Mufti, National Conference leader Omar Abdullah, NC chief Farooq Abdullah have since then been detained or put under house arrest as the government announced scrapping of special status granted to the state under the Article 370 of Constitution. Farooq, who has been detained at his house, has been charged under the Public Safety Act on the grounds that he has 'tremendous potential to create public disorder in Srinagar and other parts of the Valley'. The administration has cited several instances since 2016 when he made statements in conflict with the law.

In December 2019 Abdullah had written a letter to Congress lawmaker Shashi Tharoor expressing his discontent over being kept under watch while asserting that he was not a 'criminal'. Abdullah's letter, written in a reply to a Tharoor`s post to him, was shared by the Congress Member of Parliament from Thiruvananthapuram, on his social media account. In his reply, Abdullah thanked Tharoor for writing a letter in October 2019 which he claimed was delivered late to him by a magistrate who looks after him in a 'sub-jail'.

Sharing the letter on the micro-blogging site, Tharoor also asked for Abdullah to be allowed to attend the session of Parliament, saying that it was essential for democracy. "Members of Parliament should be allowed to attend the session as a matter of parliamentary privilege. Otherwise, the tool of arrest can be used to muzzle opposition voices. Participation in Parliament is essential for democracy and popular sovereignty", wrote Tharoor.

On November 29 2019, Dravida Munnetra Kazhagam (DMK) MPs had held a protest in front of Mahatma Gandhi statue in Parliament premises demanding the release of National Conference leader Farooq Abdullah, from his present accommodation where he has been lodged since August 5.

Raising the issue of Abdullah in the Lok Sabha, Kanimozhi, an MP from Thoothukudi constituency, had said, "Farooq Abdullah should be attending the Parliament but he is not allowed. He has been under arrest. This is against democracy. We are protesting for his release."