A notice has been issued to the state government and Nirbhaya's parents seeking an answer. The hearing in the matter will be held tomorrow at 2 pm. 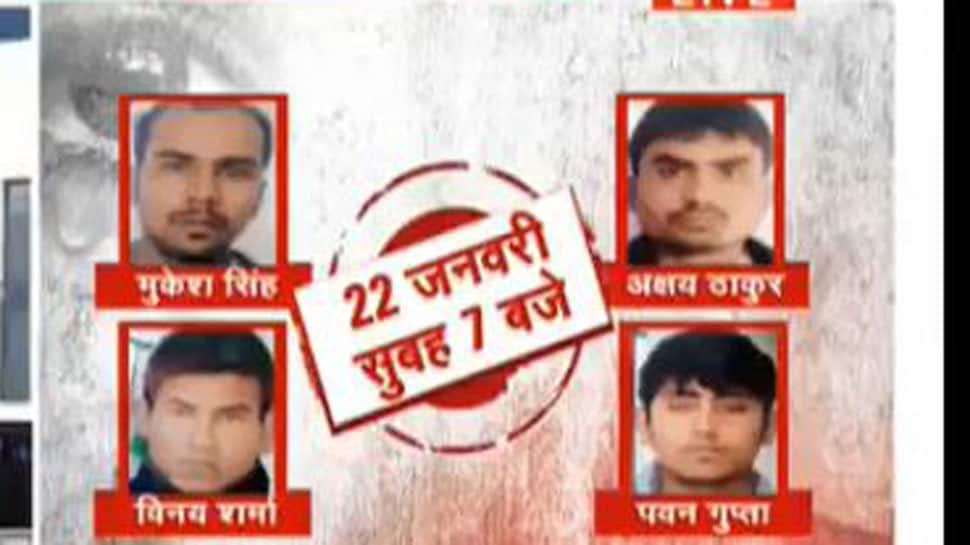 New Delhi: In a recent development, advocates for Mukesh Singh, one of the four convicts in the Nirbhaya gangrape case, have approached Patiala House Court and moved an application on Wednesday (January 15) seeking a stay on the death warrant.

This comes immediately after Delhi High Court disposed of a similar petition seeking to set aside the death warrant issued by this court. Delhi high court in its order has said that he is at liberty to approach the lower court. After which his application was moved in Patiala House court.

A notice has been issued to the state government and Nirbhaya's parents seeking an answer. The hearing in the matter will be held tomorrow at 2 pm.

It is to be noted that Mukesh had approached the HC after the Supreme Court dismissed curative petitions of the two death row convicts, including Mukesh Singh, in the Nirbhaya case on Tuesday.

Delhi's Patiala House court had issued a death warrant for the four convicts -- Pawan Gupta, Mukesh Singh, Vinay Sharma and Akshay Thakur on January 7. Additional Session Judge Satish Kumar Arora issued the death warrant against them. The four convicts were awarded capital punishment for raping a 23-year-old woman on a moving bus in the national capital on the night of December 16, 2012.